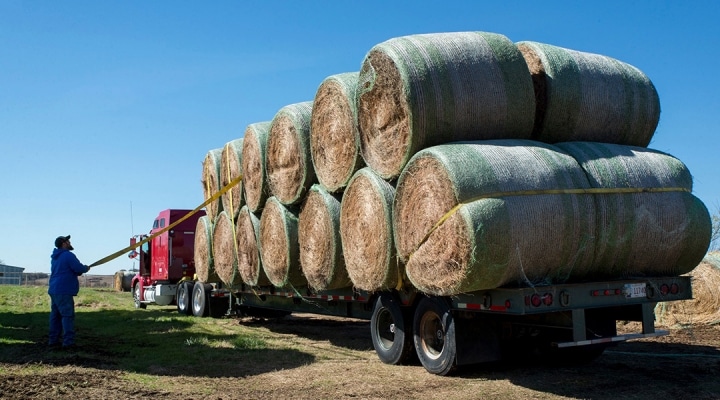 Hay and fencing are the most immediate needs for Beaver County agricultural producers affected by the 412 fire, according to Oklahoma State University Extension. (Courtesy Photo)

STILLWATER, Okla. — Hay and fencing are the most immediate needs for Beaver County agricultural producers affected by the 412 fire, according to Oklahoma State University Extension.

OSU Extension has worked with the State Office of Emergency Management to set up a hotline to match supplies with local producers. The telephone number is 1-866-552-4662.

“We’ve been compiling a list of producers in need so if your operation was affected by the fire or if you have hay or other supplies to donate, contact the hotline as soon as possible,” said Liz Gardner-McBee, Beaver County Extension director.

To date, hay has been delivered mostly through direct drops to agricultural operations known to be in distress. OSU Extension is working with local businesses to set up public drop sites as well.

“A good neighbor policy has been in full force with hay donations rolling in almost as soon as producers in other parts of Oklahoma and the country heard about the fire,” said Loren Sizelove, Beaver County Extension agricultural educator. “The agricultural community is always quick to step up when a need arises.”

The 412 fire burned more than 29,100 acres. Seven homes were lost. Miles of fencing were destroyed. As of March 12, only three livestock fatalities from the fire had been reported.

“We are cautioning producers who are in quarantine zones for fire ants to not send hay unless they have been certified fire ant-free,” Sizelove said. “People want to help, but it’s vital we all maintain efforts to prevent the movement of imported fire ants and protect our agricultural and ecological resources.”

OSU Extension is one of two state agencies administered by the university’s Division of Agricultural Sciences and Natural Resources, and is a key part of OSU’s state and federally mandated teaching, research and Extension land-grant mission.