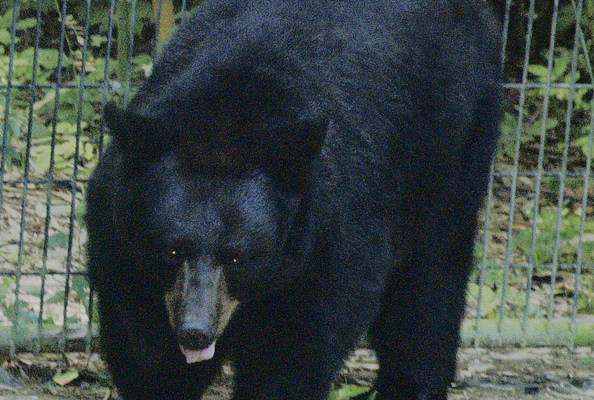 SCDNR bear biologist Tammy Wactor urges motorists to use caution, especially around dawn and dusk when bears tend to travel.

“Slow down. Watch what you’re doing,” Wactor said. “You can’t control an animal being on the road whether it’s a deer or a bear, but you’re in bear country, and there’s wildlife that’s going to be on the highway. You just need to watch out when you’re riding at night.”

This year, the bear season consisted of two weeks in Game Zone 1, which includes portions of Anderson, Oconee and Pickens counties, running from Oct. 17-23 for still hunts (no dogs) and Oct. 24-30 for party dog hunts.

During that timeframe, the total mountain harvest was 108 bears, which ranks second only to the 127 harvested in 2013.

But Wactor said the bear harvest this season was not unexpected and noted it was influenced by a storm that led to bears traveling to find food.

“It’s not concerning that we had 108 (bears harvested) because, with population growth, your harvest number should be increasing every year,” she said. “But it does fluctuate based on acorn load or mass production, and then you have special events that can increase or decrease the likelihood of hunters to come across bears.”

Every state in the U.S. now has a state wildlife action plan (SWAP), and while South Carolina’s black bear population is growing and it is considered a game species, as of the state’s 2015 SWAP the black bear is listed as a moderate priority species of conservation concern.

“It’s a species we need on the landscape, so you can bet that SCDNR is going to continue to monitor the population and pay attention to harvests and roadkill numbers,” said Shari Rodriguez, Clemson University assistant professor of Human Dimensions of Wildlife.

Wactor said South Carolina’s bear population has been increasing over the last 20 years and is expected to continue to do so, meaning harvest numbers will also increase. A bigger concern is the number of roadkills outside the hunting season and the effect those might have on the bear population. There were around 20 bears killed along Upstate roads in 2016 and the total has already climbed above 30 this year.

“People are expanding into places where bears have been for decades, the bear population is growing and the bears have less habitat,” she said. “This year, the reason you get these abnormal years is mass production. When there are no acorns to eat — and we’ve had very little soft mass, which would be the blackberries during the summer — bears have to move around to find food. And when they’re moving a lot more than they normally do, they’re going to get hit more.”

Greg Yarrow, chair and professor of Clemson’s forestry and environmental conservation department, said while the state’s black bear population is “healthy,” it has begun to expand outside the traditional focal areas of the mountains and the coastal plains.

“Part of the challenge is going to be being able to sustain the bear populations in a rapidly developing area where you have more highways systems and more interactions with people,” Yarrow said. “Bear are a big-game species in South Carolina and the harvest of 108 bear is endemic of a harvest increase of a population that is growing. DNR does a great job of monitoring population trends and making sure to balance harvest versus sustaining the population.

“They are one of those apex species that we are fortunate to have in this state, but there’s going to be continued challenges to maintain the population as areas are so rapidly growing,” he said. “Many of the conflicts that happen with bear are the animals being hit by cars in the coastal areas and as more of that area develops there’s going to be more and more challenges as far as conservation of bears.”

While Wactor said bear attacks have been nonexistent in South Carolina, she warned against engaging in activity that could alter a bear’s behavior.

“When you have the fear of an attack, it’s because people are doing the wrong things — they are feeding bears or allowing them to get into food sources,” she said.

Rodriguez agreed that human behavior can make all the difference and noted that engaging in risky behavior, such as feeding pets outdoors, feeding wildlife or not properly securing and disposing of garbage, can mean life or death for a bear.

“As the saying goes, ‘A fed bear is a dead bear,’” she said. “Bears get habituated to humans and human-dominated areas. The bear conflict issues we have in South Carolina are not so bad when comparing them to, say, California, where bear break-ins are common in the mountains.