Home / Ohio / Bayliss appointed to United Soybean Board
A new user experience is coming! We'll be asking you to login to your Morning Ag Clips account March 1st to access these new features.
We can't wait to share them with you! Read more here. 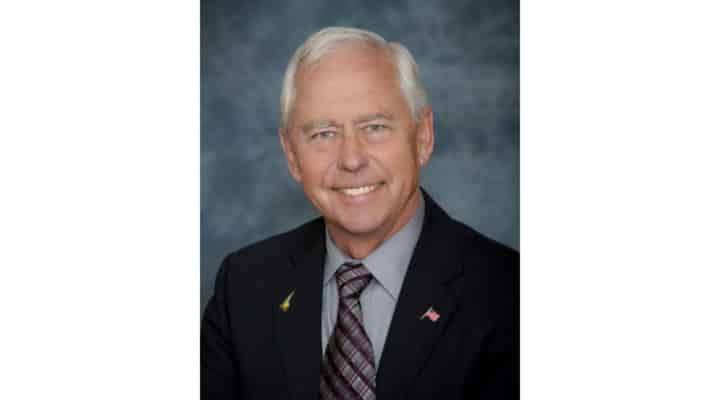 Bill Bayliss of Logan County has been appointed by U.S. Department of Agriculture Secretary Sonny Perdue to serve on the United Soybean Board (USB). (Ohio Soybean Council)

WORTHINGTON, Ohio — Bill Bayliss of Logan County has been appointed by U.S. Department of Agriculture Secretary Sonny Perdue to serve on the United Soybean Board (USB).

USB manages the national soybean checkoff which was created by the Soybean Promotion, Research, and Information Act. The board is composed of 73 members representing 29 states and Eastern and Western regions. The newly appointed farmer-leaders were sworn in as directors at the USB annual meeting in St. Louis in early December.

“I’m thrilled to see Bill appointed to USB and have the opportunity to represent all U.S. soybean farmers,” said Bill Bateson, Ohio Soybean Council (OSC) Chairman and Hancock County soybean farmer. “Bill has been a longtime proponent of the soybean industry, and now he will be able to take that passion to the national level.”

Bayliss is a first generation farmer who serves on the Ohio Soybean Council Board of Trustees, and was recently elected to serve as the organization’s treasurer. He previously served as Executive Director of the Farm Service Agency of Miami County, president of the Logan County Sheep Improvement Association, and Chair of the National Soy Aquaculture Alliance Board of Trustees.

“I’m excited to get started on the board,” Bayliss said. “I’ve always enjoyed working on the state soybean board, and I’ve seen the impact that national organizations can have through my work with the Soy Aquaculture Alliance and the U.S. Soybean Export Council. I’m looking forward to seeing all the ways that checkoff dollars can positively impact the industry for farmers across the country.”

Bayliss replaces retiring USB director Keith Kemp. Kemp joined USB in 2010. He has been a member of multiple committees, most recently the Financial Audit Committee. He has traveled overseas to represent U.S. soybean farmers to international customers, and he has served as a media spokesman on production, bioproducts, and sustainability topics. Kemp farms nearly 1500 acres of soybeans, corn and wheat.