Home » Bats in the house 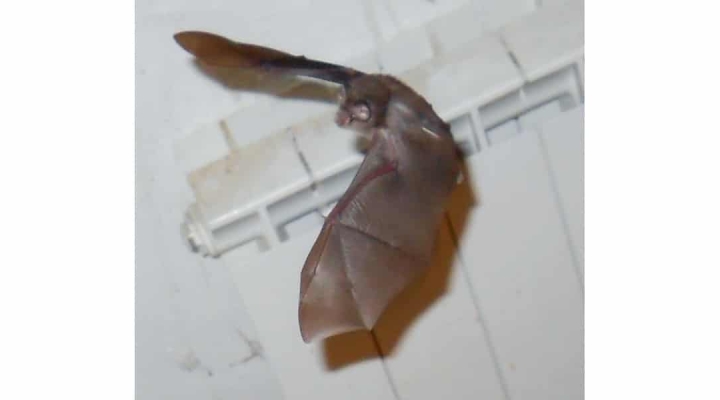 K-State Research and Extension wildlife specialist Drew Ricketts discusses what to do if there are bats in the house. (Photo: Danny Ayers, Flickr/Creative Commons)

MANHATTAN, Kan. — Bats are interesting creatures that can squeeze through small spaces, including a dime-sized hole in your house.

“This time of year, our extension offices and I, directly, get a fair number of calls from homeowners that have bats in their attic or house and that is a concern,” said Drew Ricketts, K-State Research and Extension wildlife specialist.

Listen to an interview by Samantha Bennett with Drew Ricketts on the weekday radio program, Agriculture Today

When a bat is found in a home, the first thought is to call a pest control company, he said.

“Many people reach out to a pest control company and what they hear is (the company) cannot remove the bats right now because there are probably pups (baby bats) in the attic and they need to wait until fall to do that,” Ricketts said.

Adult bats can fly, but the pups cannot, which can be a problem if removal is attempted during this time of year. “There is no way for the pups to get out when the adults have been excluded, and since the pups can’t fly, they will end up dying and causing an even bigger health risk,” Ricketts said.

According to Ricketts, bats can create several health risks: “When bats are in the attic, feces and parasites, including bat bugs, are the concern. The feces have a fungal disease that can lead to a respiratory illness in people. Bat bugs, which are like bed bugs, can bite though they probably won’t transfer a disease.”

The greatest concern, he added, is bats in the living areas. Bats can transmit rabies to people without them knowing because of the size of their mouth.

Call the Kansas Department of Health and Environment’s Epidemiology Hotline at 877-427-7317 or the local county health department to determine if a bat should be collected for testing, or if someone may have come into contact with a bat that wasn’t collected.

Since removal is difficult this time of year, Ricketts suggests next steps during mid-August through October once pups can fly:

If a pest control company is used, they will take care of removing the bats and putting in the permanent measures for exclusion.

Ricketts notes resources to learn about bats and how to deal with them, including:

Rickett’s full discussion on this topic is available on the weekday radio program, Agriculture Today.