Home » Bats and rabies: How UConn may help 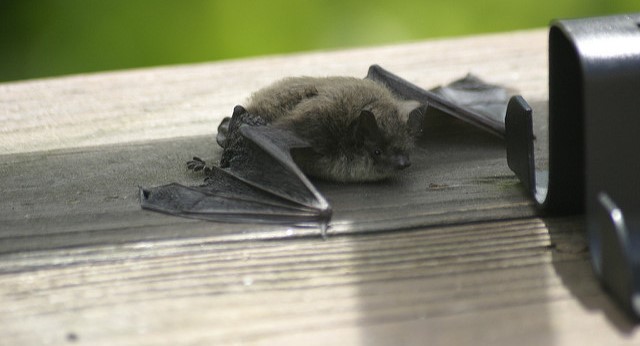 STORRS, Conn. — The Connecticut Veterinary Medical Diagnostic Laboratory (CVMDL) within the Department of Pathobiology and Veterinary Science (PVS) in the College of Agriculture, Health and Natural Resources (CAHNR) at the University of Connecticut routinely tests domestic and wild animals for rabies. Rabies is one of the oldest recognized diseases to mankind. Rabies can affect all warm-blooded animals which plays an important role in transmission of the disease and serve as reservoirs for the rabies virus.

To detect rabies in animals, a set of strict standard operating procedures are followed. The CVMDL performs a Direct Immunofluorescent Assay (DFA) on brain tissue derived from dead animals. These animals, usually with a history of abnormal behavior, are submitted to the laboratory for testing.

The CVMDL tests many domestic and wild animal species on a weekly basis for rabies. Among them, bats are a fairly common submission to CVMDL for rabies testing. For instance, during 2016, a total of 28 bats were submitted to CVMDL, with the majority of the submissions taking place during the months of June, July and August. All of these bats tested negative for rabies. 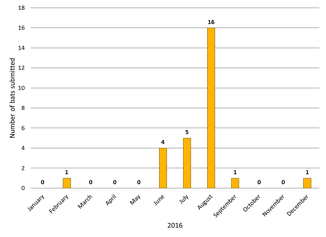 Interestingly enough, in 2017, CVMDL has already tested 40 bats for rabies. The virus was detected in the brains of two bats that were submitted to the lab in July and October, respectively. Remember, always be cautious when dealing with wild animals. CVMDL suggests to call your local animal control to help collecting or trapping wild animals.