Subscribe
Home / Indiana / Base rate for farmland to fall 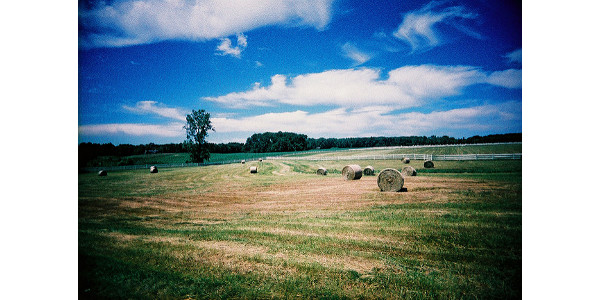 Look for a big drop in farmland assessments, a noticeable drop in farmland tax bills, an added increase in non-farm taxes, and a manageable loss in local revenues. (Kevin Dooley via Flickr)

WEST LAFAYETTE, Ind. — Indiana’s Department of Local Government Finance (DLGF) released the new base rate for farmland at the end of February. That rate will be $1,610 for taxes in 2019 — down from $1,850 this year.

Now that I’ve spoiled the punchline, let’s say what that means. Taxpayers pay their property tax bills based on the assessed value of their land, buildings, and business equipment, times the tax rate charged by each local government. Assessed values are based on predicted selling prices for most properties.

Farmland assessments begin with the base rate, which DLGF calculates for a typical acre that grows corn or soybeans. The base rate is adjusted for soil productivity, so more productive land is valued higher, and for influence factors like frequent flooding, which reduce value. The calculation uses data on corn and soybean prices, and those prices are down in recent years. So, the base rate of farmland fell from $1,960 per acre for taxes in 2017, to $1,850 for taxes this year, and $1,610 for next year.

The base rate will keep falling. We run projections for the farm economy through the base rate formula to anticipate where it’s headed. A year ago, I wrote that the base rate for taxes in 2019 would be “something like $1,600.” Thank you. Thank you very much.

We know the directions tax bills and revenues will change. But how much will they change? Let’s take a county with a lot of farmland and do some calculations. About a third of Carroll County’s net assessed value is farmland, so a 35 percent drop in farmland assessments will cut total assessed value by about 12 percent by the 2020s.

Tax rates would rise by between 10 and 20 cents per $100 assessed value. That would add 8 to 10 percent to the tax bills of nonfarm taxpayers. Taxes paid by farmers would drop about 16 percent. That’s less than the drop in the base rate, because tax rates are up, and farmers also own buildings and equipment.

Governments with higher tax rates would lose revenue. Governments overlapping cities and towns would lose the most. In Carroll County that includes the county government, Delphi City, and Delphi Schools. In total, revenues would be about $150,000 lower. That’s a 1 percent revenue loss, manageable for local government budgets.

Most Carroll County tax rates are low, so few taxpayers are at their tax caps. Revenue losses would be greater in rural counties where tax rates are higher. Effects in urban and suburban counties will be much smaller, because farmland is a much smaller share of assessed value.

So, here’s the outlook for rural property taxes: Look for a big drop in farmland assessments, a noticeable drop in farmland tax bills, an added increase in non-farm taxes, and a manageable loss in local revenues.