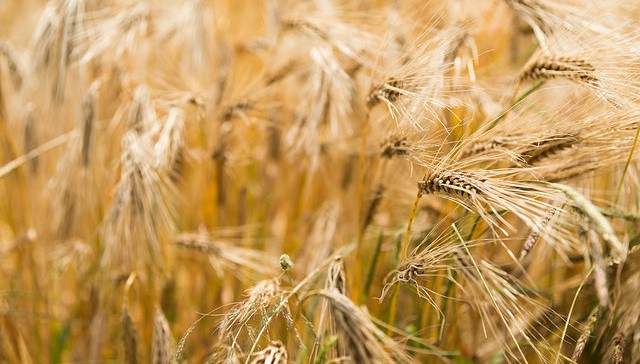 CAMBRIDGE, England — The emergence of agriculture is one of the most important transitions in the development of human societies, as it allowed the establishment of settled communities, specialization of labour and technological innovation.

One centre of agricultural origins is the Near East, where barley was domesticated around 10,500 years ago, along with wheat and a number of other crops. Archaeological evidence shows that barley cultivation spread to its ecological limits in Europe, North Africa, and Central, South and East Asia, over a period of approximately 6,000 years.

New results published in PLOS ONE show that different types of barley, suited to different end uses, ecological conditions and cropping regimes, spread via a variety of routes across Eurasia. In many cases, these routes of spread are backed up by archaeological and archaeobotanical evidence.

According to lead author Dr Diane Lister, researcher at the McDonald Institute for Archaeological Research, University of Cambridge, “These results are based on the genetic analysis of living crops – traditional farmers’ varieties known as ‘landraces’.”

“These landraces were mostly collected during the early 20th century and are maintained in what are known as ‘germplasm’ collections around the world, with many landraces having precise geographical coordinates recorded. Numerous studies have shown that, remarkably, landraces can preserve an ancient and local genetic signature of the initial spread of farming during prehistory, and this is beautifully illustrated in this current study.”

The results indicate that the different eastward routes of spread of each barley population were distinct from each other in a number of ways, reflecting human choice of particular attributes or the effect of environmental adaptation. These different routes include ones to the north and south of the Iranian Plateau; through the Inner Asian Mountain Corridor in Central Asia, possibly connecting up to the Chinese section of the Silk Road; a high altitude spread on the southern edge of the Tibetan Plateau; a high latitude spread through the northern steppe; two distinct spreads into Japan; and a maritime route from South Asia. Previous research has provided increasing numbers of direct radiocarbon dates enabling the different routes to be dated.

Lister describes further, “One barley population is widespread, particularly around the coastlines. This population may have travelled eastwards via a maritime route from South Asia, via Southeast Asia. This particular population is made up of winter-sown varieties of barley, which are thought to be important in rice-growing areas of East Asia, where a crop of rice is commonly grown in the summer months, and barley adapted to winter-sowing regimes can be planted after the rice harvest. The development of multi-cropping practices during prehistory is thought to have greatly increased productivity and stability, enabling more complex societies to develop.”

“Another barley population predominates on the high Tibetan Plateau. This barley has a naked grain, making it a particularly attractive staple, as it doesn’t require the pearling process that hulled barley requires for human consumption. Along with the herding of yak, this naked type of barley is an essential for the Tibetan way of life, and their importance are clearly seen in the offerings of naked barley grains and yak butter in Tibetan Buddhist temples around the region. The staple carbohydrate eaten by the Tibetans is tsampa, made from roasted naked barley flour and mixed with salty Tibetan butter tea.”

Previous research carried out through the Food Globalization in Prehistory project at the University of Cambridge showed that barley cultivation appeared in the Chinese Tibetan Plateau 4,000 years ago, and is thought to have been of essential importance in colonizing the ‘roof of the world’. Some scholars have questioned whether this barley was a product of a local domestication of a wild ancestor separate from those in the Near East. This current study also looked at the genetic relationship between landrace barley, it’s wild progenitor, and weedy varieties. The results show that is unlikely that barley was domesticated in this region, and that ‘wild’ barleys on the plateau are probably weedy derivatives of cultivated barley.

What does this mean for today? Lister concludes, “Barley is an extremely hardy crop, able to grow in regions where other crops are unable to grow, and is an important staple in such environments. Understanding the spread of its cultivation during prehistory, and the various factors that affected its establishment in different regions of Eurasia, will contribute towards our understanding of climate change and its current and future effects on agriculture.”

–University of Cambridge
via EurekAlert!