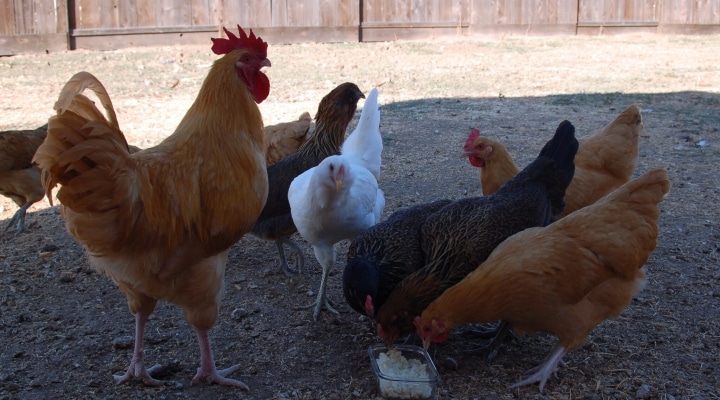 Keeping backyard chickens was already on the rise, and the hobby has become even more popular during the COVID-19 pandemic. Now, a University of Georgia researcher cautions that the practice has risks not just for chickens, but for wildlife and people as well. (photo by Cowgirl Jules, Creative Commons/flickr.com)

ATHENS, Ga. — Keeping backyard chickens was already on the rise, and the hobby has become even more popular during the COVID-19 pandemic. Now, a University of Georgia researcher cautions that the practice has risks not just for chickens, but for wildlife and people as well.

“As a researcher who studies pathogen movement along different groups, I see backyard chickens as a potential interface where pathogens can spill over into wild birds, or vice versa, and even into people,” said Sonia Hernandez, professor of wildlife disease at the Warnell School of Forestry and Natural Resources and the College of Veterinary Medicine. “Owners need to seek information and medical care for their animals to minimize those risks.”

The most well-known pathogen carried by chickens is salmonella, and almost everyone is aware of it, said Hernandez. That’s due to public education and outreach efforts by the Centers for Disease Control and Prevention and public health agencies.

Food is the source for most of the estimated 1.35 million salmonella infections in people every year in the United States, according to the CDC. Most people who get ill from salmonella experience diarrhea, fever and stomach cramps, but there are 26,500 hospitalizations and 420 deaths every year.

“They’re trying to stay on top of salmonella in backyard chickens because they have seen an explosion of salmonellosis in people as a result of this recent popularity of keeping chickens,” she said. “It can become especially dangerous if you mix little chickens with little people—young chickens that are shedding a lot of salmonella with small kids that don’t have the best hygiene practices.”

How to reduce risks
Ayala identified a number of practices that backyard chicken owners can implement to reduce the risk of pathogen emergence:

The researchers’ concerns and recommendations won’t be a surprise to people who are familiar with raising chickens, especially commercial growers, who are very aware of rules from agencies like the U.S. Department of Agriculture that oversee animal health, according to Hernandez.

“The people who will find it the most surprising are newcomers, who get a few chickens as a hobby and have never really thought about the health of their chickens, their own health, and the impact that chickens can have on their environment,” she said.

Past examples of disease spillover
As Hernandez and Ayala document in their paper, it is well established that backyard chickens may serve as pathogen reservoirs to the commercial poultry industry and that the most likely mechanism of spillover involves wild birds. Perhaps the best documented example of a bacterial pathogen transmission from chickens to wild birds is Mycoplasma gallisepticum, a bacterium that causes chronic respiratory illness in chickens, which spilled over from poultry in 1994 into house finches and rapidly became endemic in North American passerine species.

The U.S. has experienced outbreaks of both Newcastle disease and avian influenza, including an outbreak of highly pathogenic avian influenza in the winter of 2016-17 that involved several backyard operations, Hernandez said.

“Historically, most highly pathogenic avian influenza viruses only affected chickens in commercial operations,” she said, “but recently, we have seen that they can—in rare cases—move into people, and there are increasing reports of it affecting backyard chickens and wild birds.”

If this kind of spillover event happens, it’s possible that the damage could extend beyond economic losses to include the loss of human life, she said.

Taking responsibility
“People need to recognize that they have to take some responsibility for their health and the health of their animals,” Hernandez said. “Also, we’re living in a pandemic at the moment because of a spillover event, plain and simple.”

Co-authors include Michael Yabsley, UGA professor of wildlife disease with a joint appointment in the Warnell School of Forestry and Natural Resources and the Southeastern Cooperative Wildlife Disease Study at the College of Veterinary Medicine.

This research was funded by a grant to Ayala and Hernandez from the Poultry Respiratory Disease Coordinated Agricultural Project. Research funds were also provided to Ayala by the Oconee Rivers Audubon Society and the Georgia Ornithological Society and the UGA Graduate School. Ayala was supported by fellowships through the UGA College of Veterinary Medicine, the Ford Fellowship Foundation and the American Association of University Women.

Billions of periodical cicadas and their songs set to fill the spring air
April 12, 2021