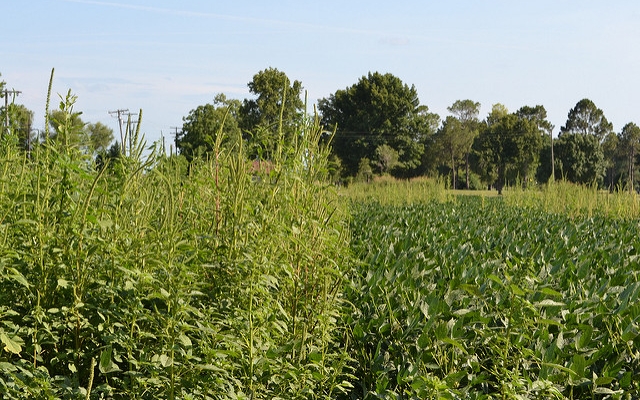 State, federal and extension experts are encouraging Iowa farmers to stay vigilant in their efforts to control Palmer amaranth. (United Soybean Board via Flickr)

DES MOINES — State, federal and extension experts are encouraging Iowa farmers to stay vigilant in their efforts to control Palmer amaranth. Iowa lawmakers added this fast-growing weed to Iowa’s noxious weed list in July as a response to a significant increase in the presence of Palmer across Iowa in 2016.

“Now is time for farmers to get out and scout fields for Palmer amaranth, especially if they know it is in their area or have land that was planted with a native seed mix in recent years.  Palmer grows very quickly and produces a tremendous amount of seed, so our best chance to control this weed is to catch it and destroy it before it goes to seed,” said Iowa Secretary of Agriculture Bill Northey.

Palmer amaranth is an annual weed that when uncontrolled can significantly reduce crop yields and increase crop production costs. Also known as Palmer’s pigweed and carelessweed, Palmer can grow more than three inches per day and up to more than six feet tall.  Because one Palmer plant can produce up to 500,000 small viable seeds, which can remain dormant and germinate years later, it’s crucial the plants are controlled before seed development.

The first step in controlling Palmer is plant identification, according to Alan Lange, resource conservationist with the USDA Natural Resources Conservation Service in Des Moines.  In Iowa, the summer annual can first be identified in late June or early July. “Farmers and landowners should actively search for Palmer in crop fields, borders, ditches, conservation lands and hay feeding locations,” he said. “Farmers should also frequently monitor areas where control measures have been taken to determine if regrowth or new emergence of Palmer has occurred on the site and use follow-up treatments to control any surviving or new growth.”

To find online resources to help with Palmer Amaranth identification, go to: https://store.extension.iastate.edu/Product/Palmer-amaranthidentification

The similarity between Palmer amaranth and waterhemp will allow Palmer to go unnoticed until it’s too late to eradicate from a field unless people are on always on high alert, according to Bob Hartzler, a weed science professor and Palmer amaranth expert from Iowa State University.

During the 2016 growing season, Palmer amaranth was found on some land seeded to native prairie that was enrolled in USDA programs, like the Conservation Reserve Program (CRP). There are specific measures that should be followed to control Palmer on CRP land.  Iowa’s noxious weed law specifically states that if Palmer is found on CRP areas, the CRP rules cannot be violated to control the weed.

·         First consider the use of spot treatments and methods that will establish and maintain as much of the seeded prairie plants as possible.

·         Palmer thrives in open spaces and areas of soil disturbance that lack plant competition; so avoid tillage for several years in locations where Palmer is present.

·         Broadcast herbicide applications are only available on CRP contract acres certified to have 100 or more Palmer amaranth plants present.

Visit your local USDA Service Center if Palmer amaranth is found in prairie restorations that are supported by USDA conservation programs, such as CRP, the Environmental Quality Incentives Program (EQIP), or the Conservation Stewardship Program (CSP). Field Office personnel will assist you with your conservation program questions and help plan your control option. 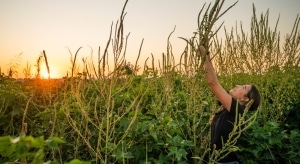 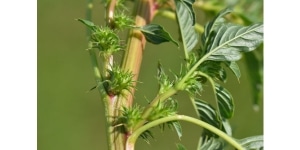 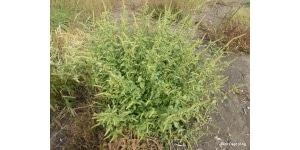 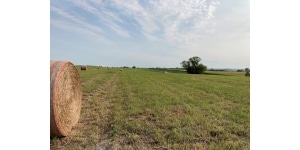 MINNEAPOLIS — The persistent drought in the Upper Midwest has some farmers harvesting Conservation Reserve Program (CRP) land for forage. The primary nesting season for Minnesota game birds has ended, meaning some counties are eligible for CRP emergency haying and grazing without penalty, while others may be eligible with some restrictions or rent reductions. Coordinating […]