Home / DelMarVa / Average price of Thanksgiving meal in Va is $64.24
A new user experience is coming! We'll be asking you to login to your Morning Ag Clips account March 1st to access these new features.
We can't wait to share them with you! Read more here. 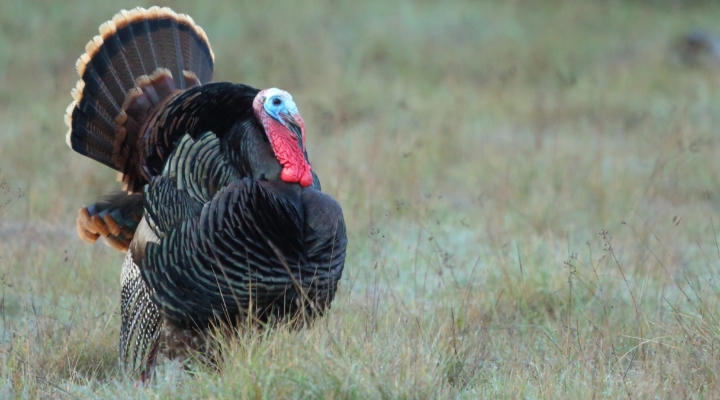 Virginians will be able to feed their families a Thanksgiving meal for a little over $6 per person this year, according to an informal price survey conducted by the Virginia Farm Bureau Federation. (photo by Don McCullough, creative commons/flickr.com)

RICHMOND, Va. — Virginians will be able to feed their families a Thanksgiving meal for a little over $6 per person this year, according to an informal price survey conducted by the Virginia Farm Bureau Federation.

A classic Thanksgiving meal without ham, russet potatoes and green beans—all of which were added to the survey in 2018—will cost Virginians an average of $50.57 this year.

This is the 16th year Farm Bureau has conducted the survey, which is based on an annual survey conducted by the American Farm Bureau Federation.

In challenging economic times, farmers throughout Virginia are committed not only to producing quality foods, but also to helping those for whom a holiday-style meal might be a luxury.

“It’s not at all unusual for a county Farm Bureau annual meeting notice to include a request that members bring nonperishable food items for donation to a local food bank,” noted VFBF President Wayne F. Pryor.

Virginia farmers also donate fresh produce and milk to the Federation of Virginia Food Banks, which is made up of seven regional food banks. In 2018 they donated 1.5 million pounds of produce to support the organization’s mission of serving Virginians all year long.

“Food is such a central part of the holiday season. But more than 860,000 Virginians are food-insecure, which means that at some point during the year they struggle to put enough nutritious food on the table for their families,” said Eddie Oliver, executive director of the Federation of Virginia Food Banks.

“We really value our partnerships with farmers, and we know they often sacrifice a lot. We know they work hard throughout the year, and we know that times can be tough for them as well, so we appreciate it all the more when they’re able to dig deep and give back. We wouldn’t be able to do any of the work we do if it wasn’t for the food that they grow and produce for us.”

The Federation of Virginia Food Banks welcomes both food and monetary donations. Oliver noted that food banks often can stretch one dollar into four meals due to their partnerships and buying practices. Virginians can donate to the federation and connect to their local food banks at vafoodbanks.org.
“Virginia farmers take pride in producing quality foods for holiday meals, and for everyday meals as well,” Pryor said. “We wish all Virginians a joyful and satisfying holiday season, and hope they will give some thought to their neighbors in need.”

Nationally, an informal survey conducted by the American Farm Bureau Federation found the average cost of a classic Thanksgiving meal for 10 to be $48.91, or $4.89 per person. That represents a 1-cent increase from last year’s national average. A meal that also includes ham, russet potatoes and green beans will cost an average of $62.32, up from $61.72 in 2018.

The increase in the average retail price for ham, whole milk and sweet potatoes are the main drivers behind the slight increase in the cost of the meal, said Dr. John Newton, chief economist for AFBF. The national average cost of a turkey fell from $21.71 in 2018 to $20.80 this year.