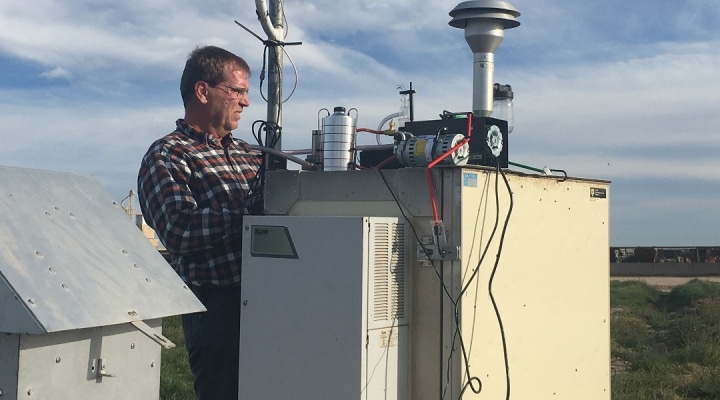 Agriculture Secretary Sonny Perdue announced the appointment of the 26 new members. Newly appointed members will serve terms of up to two years. The Task Force advises the Secretary of Agriculture on air quality and its relationship to agriculture based on sound scientific findings.

Auvermann, center director at the Texas A&M AgriLife Research and Extension Center in Amarillo, is a professor in Texas A&M University’s Department of Biological and Agricultural Engineering.

“I am delighted that USDA has selected Dr. Auvermann, a nationally recognized engineer and scholar, to serve on their Air Quality Task Force,” said Patrick J. Stover, Ph.D., vice chancellor of Texas A&M AgriLife, dean of the College of Agriculture and Life Sciences and director of Texas A&M AgriLife Research.

“Dr. Auvermann brings rigorous science and real-world experiences to the air quality discussion. His position on the task force will ensure that Texas A&M AgriLife and Texas are represented at the table when USDA is considering air-quality management policies and research agendas. I commend him on this well-deserved honor.”

The chief of the Natural Resources Conservation Service, NRCS, chairs the Task Force, and members are tasked with examining relevant issues and research related to agriculture’s effects on air quality, particulate matter and other pertinent topics, including greenhouse gases, carbon sequestration and bioenergy.

“We are pleased that such a highly capable group of people stepped forward and offered to serve during these challenging times,” said Bill Northey, USDA’s undersecretary for Farm Production and Conservation. “This group brings experience, expertise and common sense to the table at a time when we need all three.”

Texas A&M’s Department of Biological and Agricultural Engineering and other Texas A&M AgriLife faculty have a long history in agricultural air quality research. Faculty members over the years have been recognized for their research in poultry production, bioaerosols, volatile organic compounds, almond harvesting, cotton ginning, grain elevators and feed mills, swine farms, dairy, and state and federal regulatory policy. Multiple faculty members have served on the Task Force over the years.

As a researcher, Auvermann is recognized by his colleagues, commodity leaders, state and federal agencies, and livestock producers for his subject matter expertise. His leadership in environmental systems engineering applied to concentrated animal feeding operations is nationally and internationally recognized.

Auvermann’s team has played a role in the Environmental Protection Agency’s air quality monitoring network for more than 15 years at the Amarillo center.

Previously, as a result of his expertise in mitigation techniques for controlling dust from cattle feedlot surfaces, he was the primary technical advisor to USDA–NRCS engineers in Texas during the design and implementation of the Atmospheric Resource Quality Management initiative for feed yard dust control.

He co-moderated a 2010 national workshop for standardized reporting of air emissions from livestock and poultry operations. The workshop was jointly sponsored by the EPA and the USDA Task Force on Agricultural Air Quality. He also served in the USDA National Working Group on Greenhouse Gas Emissions from Livestock and Poultry.

Auvermann led a multi-state Extension and research team that provided a detailed technical review of dairy environmental regulations proposed by the New Mexico Water Quality Conservation Commission and the New Mexico Environment Department. In 2008-2009, he served as a technical adviser to the Arizona Department of Environmental Quality and the Pinal County Air Quality Control District during the design of a Beneficial Management Practices standard for open-lot cattle feedlots and dairies.

Earning his bachelor’s and master’s degrees from Texas A&M and his doctorate at Colorado State University in Fort Collins, Colorado, Auvermann joined the AgriLife faculty in Amarillo in 1995. He initially had a dual appointment in the Texas A&M AgriLife Extension Service and AgriLife Research.

He was a team member awarded the National Excellence in Multi-state Research Award from a USDA Experiment Station Committee on Organization and Policy. Auvermann was also honored by the American Society of Agricultural and Biological Engineers as a G.B. Gunlogson Countryside Engineering Award winner. 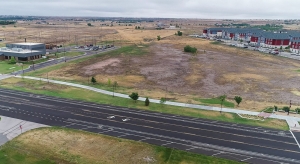 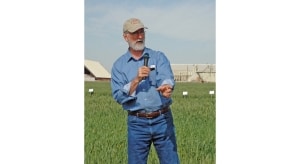