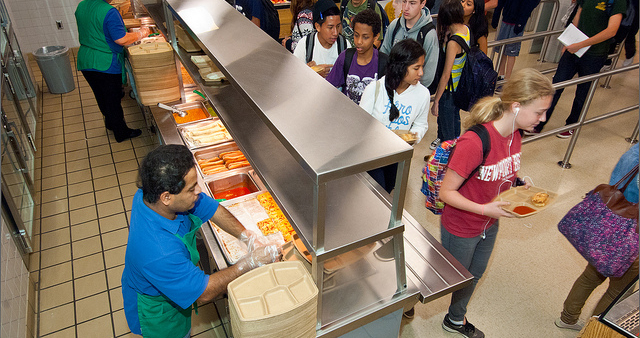 SACRAMENTO (AP) — California, home to the nation’s largest agricultural economy, does little to ensure its schools follow federal rules requiring the serving of food produced in the United States, according to an audit released Thursday.

State education officials only recently began checking where school food is produced — and those reviews are too weak, Auditor Elaine Howle concluded.

Education Department officials say the “Buy American” mandate is vague. But they agreed to implement most of the auditor’s recommended improvements.

The audit was prepared at the request of state lawmakers, who took an interest in school food after local farmers and food processors said schools were increasingly turning to foreign suppliers.

In 2015, the Sacramento City Unified School District took heat for buying canned peaches, pears and applesauce from China. The district quickly reversed course and used American suppliers once the food ran out.

“It’s my hope that if we have a little more attention on a broader scale that we will see a decision by other districts to source domestically produced food products into the school feeding program,” said Rich Hudgins, president of the California Canning Peach Association.

California produces nearly all of the nation’s processed peaches — $211 million worth last year, according to the U.S. Department of Agriculture.

The state’s $47 billion-a-year agriculture industry produces a third of the nation’s vegetables and two-thirds of its fruits and nuts, according to the state Department of Food & Agriculture.

“California stands to benefit significantly from compliance with the Buy American requirement,” Howle wrote in a letter to lawmakers and Gov. Jerry Brown.

A 1998 federal law requires school lunch programs to purchase food grown and processed in the U.S. “to the maximum extent practicable.”

The auditor found that the California Department of Education, which distributes $2 billion of federal nutrition money to districts, failed to check for compliance until the 2016-2017 school year. Even then, reviewers didn’t collect enough evidence to justify their conclusions.

The department has also failed to publish the findings online as required by federal law, the auditors found.

The department “is concerned that the report is misleading regarding Education’s obligations and compliance record over the years,” Chief Deputy Superintendent of Public Instruction Michelle Zumot wrote in response to the audit.

All six bought food from foreign sources without maintaining documents to justify the purchase, auditors found. Schools can buy foreign food if there is no domestic producer or if U.S products would be significantly more expensive.

Verifying compliance will be difficult because many food labels don’t say where the product was grown or processed, they added.

Agriculture groups are pushing for legislation that would tighten the rules. A state bill, which has cleared the Senate, would require the state to more aggressively review schools’ policies, bid solicitations, contracts and food labels for Buy American compliance.

Legislation introduced in Congress would require schools to get permission from the USDA before buying foreign food unless no domestic producer is available.