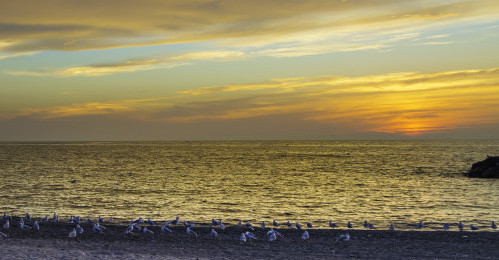 Lake Erie is among the bodies of water in Ohio affected by phosphorus runoff from farm fields. (Getty Images)

COLUMBUS, Ohio — Skepticism, more than anything else, is keeping farmers from changing how they apply fertilizer to their fields, according to a behavioral scientist at The Ohio State University.

Many farmers question whether the conservation measures they are being asked to do, such as applying fertilizer underground rather than on the surfaces of fields, will actually improve water quality in Lake Erie, said Robyn Wilson, a professor in the College of Food, Agricultural, and Environmental Sciences (CFAES).

And they also question whether they can carry out those measures on their farms, particularly small farms that typically have less equipment and fewer workers and financial resources than larger farms have, Wilson said.

So, offering farmers more evidence about the link between fertilizer runoff and the degraded water quality in Lake Erie — or even offering them funding to help pay for conservation measures — doesn’t necessary inspire more farmers to change their ways, Wilson said.

“We’ve been spending a lot of time and money educating people about what the problems are, but where’s the evidence that it’s working?” Wilson said. “The thinking has been that if we all just better understand what problems we’re having and what strategies might help those problems, then magically everyone will see the light and suddenly say, ‘Oh, I should be doing this instead.’”

Experts say the harmful algal blooms plaguing Lake Erie are largely caused by phosphorus runoff from farm fields. Phosphorus, a nutrient needed by crop plants to grow, is present in fertilizers and manure.

The severity of the lake’s algal bloom this year is expected to be more than double last year’s bloom, but slightly less than the bloom in 2017, according to a National Oceanic and Atmospheric Administration report. Persistant rain this past spring is believed to be a major cause for the predicted size of this year’s bloom.

Among the farmers Wilson has surveyed, 60% to 80% report that they would be willing to adopt new measures to try to reduce fertilizer runoff, but less than half of those surveyed actually do, Wilson said. Wilson studies why that’s happening, in her efforts to change the approach that’s been taken to convince more farmers to participate in sustainable measures.

“I think we have motivated people who can’t act on their motivation,” Wilson said. “There’s a group of farmers who would be willing to do it, but they’re facing challenges.”

Those challenges include not only the added expense and effort of adopting conservation measures, but also, lately, the weather.

More rainfall and more intense rain events in Ohio and across the United States increase the risk of fertilizer running off of a field, into a nearby waterway, and eventually into Lake Erie. Also, rain has delayed the planting and harvesting of Ohio’s cash crops, corn and soybeans. So, farmers report that they run out of time in the growing season to plant cover crops, which are typically sown after harvesting cash crops, Wilson said.

Similarly, the method of placing fertilizer underground rather than onto the surface of a field, which can significantly reduce fertilizer runoff, comes with challenges as well. The method requires expensive machinery or an attachment to a standard tractor, but that machinery or attachment is not easily available to most small farmers, Wilson said. It also takes twice as long to apply fertilizer underground than at the surface, and farmers might not have the time to do that.

The most effective way to help farmers overcome these barriers is to work one-on-one with each farmer, going out to the farm, asking which practices they’re using, and suggesting conservation measures tailored to their particular farm operation, Wilson said.

“This isn’t about a bunch of lazy people who don’t care. They care. They just haven’t found a feasible way to do things,” Wilson said.

Also, starting co-ops to rent out machinery for the subsurface placement of fertilizer could trigger more farmers to be willing to try out the method, she said.

Seeing results is also critical to convincing farmers that the extra time, effort, and expense to put conservation methods in place is worth it. Farmers need to know that any practice they adopt will actually reduce nutrients flowing from their fields into waterways, Wilson said.

Results that show farmers that their efforts are actually reducing runoff from their farms would go a long way toward motivating them to continue, Wilson said. The situation is akin to a person who is trying to lose weight by eating better and exercising more, she said. He or she is more likely to stay on the new regimen if he or she can get on a scale regularly and see the pounds dwindle.

One way to offer such proof of results is to launch small, localized efforts to clean up the nutrients in a stream or lake, generate local support and participation in that effort, and share the results, Wilson said.

“People want to know, ‘I did X, and Y happened,’” she said. “They have to see that there’s a direct benefit.”

Hold off on fall fertilizer until soils cool
October 7, 2021