Home / New Jersey / Atlantic County horse contracts EEE
A new user experience is coming! We'll be asking you to login to your Morning Ag Clips account March 1st to access these new features.
We can't wait to share them with you! Read more here. 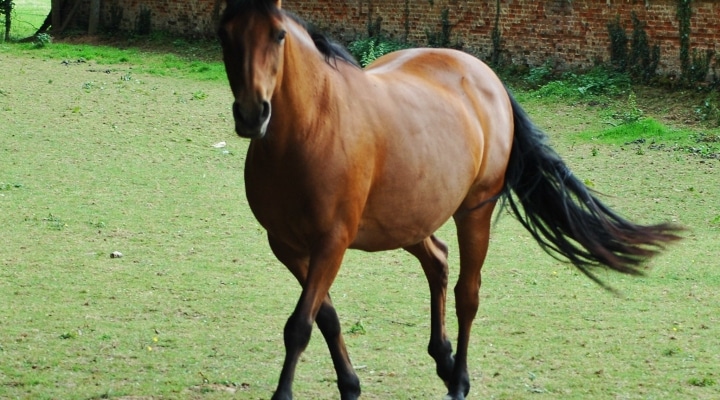 A 4-year-old Atlantic County mare is the first reported case of Eastern Equine Encephalitis (EEE), a serious mosquito-borne illness in horses, in New Jersey for 2020. The mare had not been vaccinated against EEE. The mare was humanely euthanized on September 8, 2020. (photo by isamiga76, Creative Commons/flickr.com)

TRENTON, N.J. — A 4-year-old Atlantic County mare is the first reported case of Eastern Equine Encephalitis (EEE), a serious mosquito-borne illness in horses, in New Jersey for 2020. The mare had not been vaccinated against EEE. The mare was humanely euthanized on September 8, 2020.

EEE causes inflammation of the brain tissue and has a significantly higher risk of death in horses than West Nile Virus infection. West Nile Virus is a viral disease that affects a horse’s neurological system. The disease is transmitted by a mosquito bite. The virus cycles between birds and mosquitoes with horses and humans being incidental hosts. EEE infections in horses are not a significant risk factor for human infection because horses (like humans) are “dead-end” hosts for the virus. There have been no reported animal West Nile Virus (WNV) cases in New Jersey this year.

In general, most regions in New Jersey have a reported mosquito population below the running 5-year averages (http://vectorbio.rutgers.edu/reports/mosquito/). The first EEE positive mosquito pool was detected in Atlantic County this year (https://www.nj.gov/health/cd/statistics/arboviral-stats/). Livestock owners are strongly encouraged to vaccinate against WNV, EEE and other mosquito-borne diseases.  Effective equine vaccines for EEE and WNV are available commercially.  Horse owners should contact their veterinarians if their horses are not up to date on their vaccinations against both EEE and WNV.

“Animals that are vaccinated against EEE and West Nile Virus are much less likely to contract these diseases that are transmitted by mosquitoes,” New Jersey Secretary of Agriculture Douglas Fisher said.  “We strongly encourage horse owners to stay current on vaccinations for their animals to help prevent them from contracting an illness that has the potential to be fatal to these animals.”

For more information about EEE in horses, visit the New Jersey Department of Agriculture web site at: http://bit.ly/1VE8lsm.

EEE and West Nile virus, like other viral diseases affecting a horse’s neurological system, must be reported to the state veterinarian at 609-671-6400 within 48 hours of diagnosis. The New Jersey Animal Health Diagnostic Laboratory is available to assist with EEE and WNV testing and can be reached at 609-406-6999 or via email – jerseyvetlab@ag.nj.gov. Learn more about the NJ Animal Health Diagnostic lab at www.jerseyvetlab.nj.gov.