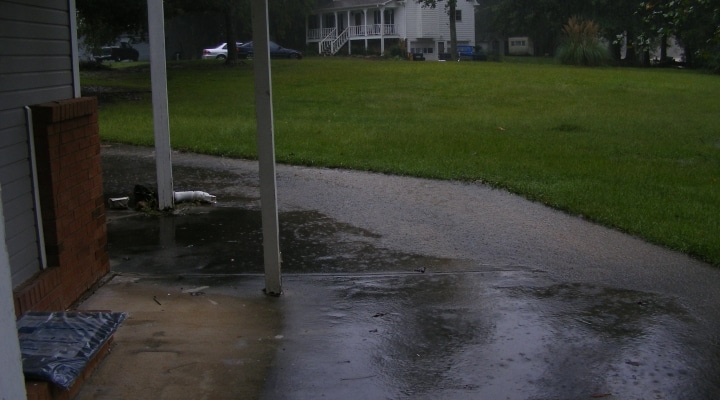 Not everyone in flood-prone areas has flood insurance, and a new study published in the journal Environmental and Resource Economics by University of Georgia researchers looked into the reasons why. The research revealed that several factors influence households’ likelihood to purchase flood insurance, including expectations of disaster assistance. (photo by Michael Mol, creative commons/flickr.com)

ATHENS, Ga. — Fifteen million homes in the United States are at risk of flooding, according to the nonprofit First Street. And homes on the coasts aren’t the only properties at risk.

But not everyone in flood-prone areas has flood insurance, and a new study published in the journal Environmental and Resource Economics by University of Georgia researchers looked into the reasons why. The research revealed that several factors influence households’ likelihood to purchase flood insurance, including expectations of disaster assistance.

Known as charity hazard, the question of whether expectations of disaster assistance might reduce flood insurance demand was a focus of the study by Craig Landry, professor in the Department of Agricultural and Applied Economics, and recent doctoral graduate Dylan Turner.

Using household level survey data from 548 households in 72 counties in Texas, Louisiana, Mississippi, Alabama and Florida, Landry and Turner examined the possibility of households foregoing flood insurance based on the local history of disaster aid distribution and the political and social environment of the area.

“As long as the community participates in the National Flood Insurance Program, property owners have to agree to purchase the insurance if they’re in the special flood hazard area, which people typically think of as the flood zone,” Landry said. “If you have a mortgage that is supplied by someone who is regulated by the federal government, you’re supposed to have flood insurance, but most studies have shown that compliance with that is not very high.”

The study found that coastal households with positive expectations of disaster aid eligibility are 25% to 42% less likely to hold flood insurance.

“People somehow get around it. It’s not enforced very well, and you only have to purchase it if you have a mortgage so, if you don’t have one, you’re completely free to forego flood insurance,” he added.

Based on 2010 survey data, the UGA study focused directly on the issue of charity hazard, something that was not examined in previous studies of the data, Landry said. Previous studies had analyzed the relationship among expectations of disaster assistance and flood insurance purchase, but did not take the necessary steps to establish a potential causal link.

“Lack of compliance with the mandatory purchase provisions has been kind of a conundrum regarding what is driving that. One of the beliefs is what we call charity hazard, which is a special case of moral hazard,” he said, likening it to a scenario in which a car owner does not lock their car if they have insurance because they believe, if it is stolen, they will just get a new car. “That is one of the reasons they have deductibles. If your car gets stolen, you feel some pain because you have to pay the deductible on your insurance. In the context of flood insurance, it got the name charity hazard because the hazard is based on relying on the availability of aid from an NGO (nongovernmental organization) or the government to protect them.”

Using data on past disaster assistance payments — either through individual assistance or public assistance from the Federal Emergency Management Agency — to specific communities, researchers traced where payments happened and accounted for that influence on property owners’ expectations of aid. Another complication in the study was the impact of political representation on where disaster aid is distributed.

“If your Senator or Congress person is on a certain committee, there’s more likely to be disaster assistance to your community and it may be more generous, so there’s a political aspect,” Landry said. “It has also been shown that, if you’re a swing county and you are in a presidential election year, there’s a lot more generous aid because politicians are trying to make constituents happy. The political economy of disaster aid and the history of disaster aid allowed us to tease out variations and disaster assistance expectations that we then could map into whether or not someone had insurance.”

Because the study was based on data from surveyed individuals’ perceptions and not only policy or insurance data, the researchers were able to assess how likely property owners felt they were to get disaster aid if their property was flooded.

“We found that, if you classify people by being very optimistic about disaster systems relief versus those who were not, those who have high optimism about receiving aid were anywhere from 28% to 43%. Those are the people who are less likely to have a flood insurance policy. That’s a big magnitude. This expectation, or this reluctance to buy insurance, is influenced by the attitude of ‘Maybe it will be OK.’ It’s almost like people tend to be more optimistic about receiving aid if something happens, so much so that it is a significant contributing factor to the lack of flood insurance market penetration,” Landry said.

As of 2018, the NFIP had approximately 5.2 million policies in force, generating $3.3 billion in earned premiums. Based on the full study sample, 59% of coastal residents expressed optimism regarding eligibility for government disaster aid for property damage. Considering factors such as likelihood of holding a policy and mandates that those who have previously received federal disaster aid hold flood insurance, the researchers estimate that roughly 13% of residents are not insuring due to charity hazard. If those localized results are applied more generally, this could be responsible for 817,000 uninsured homes in the U.S., corresponding to a loss of $526 million in forgone annual revenue for the NFIP, according to the study.

In the paper, researchers make several recommendations to government policy makers to address the problem.

Although the study states that enforcement of mandatory purchase requirements have improved in recent years, it posits that more broad institution of the NFIP’s Community Rating System could significantly improve distribution of information on flood risk provisions and increase flood insurance compliance through discounts for communities and individual homeowners. Previous studies cited in the UGA paper show that communities participating in the CRS had significantly higher insurance uptake and that communities heavily invested in the CRS have reduced flood claims.

Making flood insurance more affordable for low-income property owners through vouchers and adding means-testing provisions for aid could increase market penetration for NFIP and decrease overconfidence in disaster assistance, the study suggests. This approach could encourage homeowners with higher incomes to not rely on aid, potentially increasing the likelihood of purchasing disaster insurance. This would also make obtaining insurance more accessible to those with low incomes, reducing the burden of post-disaster aid programs.

“One thing that should be done is to make sure people know the magnitude of disaster-aid payments, because most people think it is a lot more generous than it is,” Landry said. “I think the average payment is in the range of several thousand dollars and those payments are mostly designed to provide temporary housing. It is just basic humanitarian aid, it’s not designed to fix your house. It seems like there are some distorted perceptions of the amount of aid that might be available or what it will cover.”

Landry also suggested that it might be wise for politicians have less discretion in disaster assistance determinations, perhaps instituting rules to qualify for disaster assistance, such as ensuring that those who receive disaster aid were unable to afford flood insurance prior to a disaster.

“There have been circumstances where it’s been shown that rules rather than discretion can lead to better outcomes. There are ways to limit the political process of disaster aid and make it more rule-based,” Landry said.

“There is definitely an information problem. The original methods that were used for identifying flood zones are outdated, but most climate and weather scientists think that weather patterns are changing, so the system is not stationary,” Landry said. “We can’t use the past to predict the future. As we identify risk zones, we want to think about forecasting.”

Landry said the First Street Foundation is teaming up with housing websites to inform potential owners on flooding history of properties, as well as the forecasted risk of flooding as influenced by various climate change scenarios and the impact of human development.

“This is exactly what people need to know. Flood maps apparently become out of date very quickly, not just because of natural forces, but because of man-made infrastructure. The more impervious surface you have, the more you get run off into rivers … and worse flooding consequences because of land-use change,” Landry said. “The maps and the mapping procedures that have been used historically don’t do a good job of taking account of all that.  Typically now the engineers that are looking at how to improve mapping to take account of compounding sources of flood water — rain, stream flow, storm surge — and how all of those factors interact.”

In addition to providing information to policy experts and policy makers, making property owners aware of the uncertainty of disaster aid and the value of flood insurance is an important goal of the study and any studies on flood risk that may be done in the future.

“Risk communication is part of the problem. I think addressing the optimism about bailouts during catastrophes is probably a wise thing to do. Just communicating that to people and having the information out on current and potential future flood risks, particularly during the lifetime of a 30-year mortgage, will make people more aware. There is a need for better communication tools that resonate with the different ways people conceptualize risk and uncertainty,” Landry said.

For more information on research and scholarship in the Department of Agricultural and Applied Economics, visit the website at agecon.uga.edu. 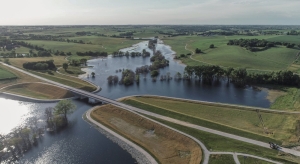 LINCOLN, Neb. — Since their inception in 1972, Nebraska’s Natural Resources Districts (NRDs) have been building and maintaining flood control structures to protect lives, property and the future. From Gering Valley in the Nebraska Panhandle to Papillion Creek in the Omaha metro, NRDs across the state employ a watershed protection approach. Utilizing floodplain management measures, NRDs design […] 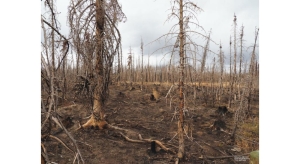 LINCOLN, Neb. — The U.S. Department of Agriculture (USDA) has technical and financial assistance available to help Nebraska farmers and livestock producers across the state recover from recent wildfires and ongoing drought. Producers impacted by these events should contact their local USDA Service Center to report losses and learn more about program options available to […] 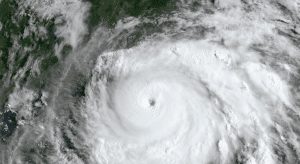 WASHINGTON — Agriculture Secretary Tom Vilsack has directed the U.S. Department of Agriculture (USDA) to aid recovery efforts for farmers, ranchers and residents affected by Hurricane Ida. USDA staff in offices across the country are ready to respond with a variety of program flexibilities and other assistance to producers and communities in need. “Hurricane Ida cut […]