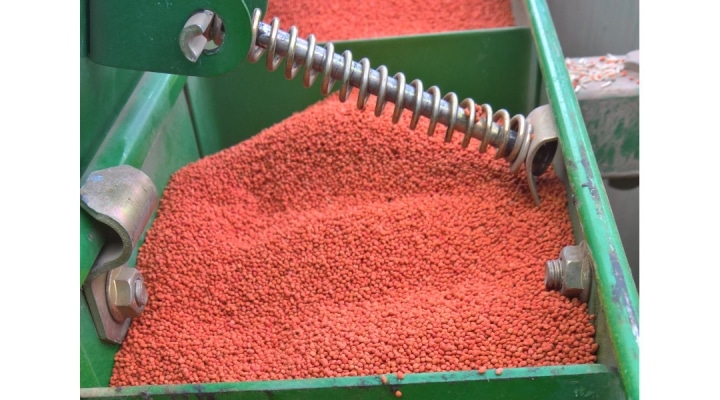 Cover crop seed shortages are likely this planting season due to a significant amount of acreage being planted to cover crops last fall as part of USDA’s prevent plant program. Jerry Hall, director of research for GO SEED, urges producers to be diligent in their seed purchasing decisions to avoid any contamination and germination issues. (GO SEED)

“The market is definitely seeing some shortages in a few different crops like radishes, hairy vetch and annual clovers because prevent planting consumed a lot more seed than anybody had prepared for,” explains Hall. “What we typically see in shortage situations is that seed will still be available to producers – however, it is bottom of the bin in terms of quality and can carry a lot of risks. We recommend producers get their orders into merchants as early as possible to ensure availability of desired cover crops.”

According to Hall, producers should be looking at three things when it comes to making cover crop seed purchase decisions:

What is the purity?

It is required by federal law that seed has a purity test to identify weed content percentages prior to being sold as a planting product – however, this is not the case if it is being sold as a feeding product.

“A lot of cover crops can be used as a seed product or feed product. In many cases where seed has been purchased for planting but sold for feeding, there has been a misunderstanding between both parties as to what the intended purpose was,” explains Hall. “Unfortunately, this comes with consequences that can cause weed issues for years to come.”

When evaluating purity tests, Hall says there is no take it or leave it benchmark for contamination percentages. Instead, producers should weigh up the risks against what they are trying to achieve and if the weed is going to be controllable or not. If the seed is purchased with a purity test, producers also need to make sure the test matches the lot number stencilled on the seed bag.

“Attention to detail is paramount because one innocent mistake can introduce an herbicide resistant weed into your field,” says Hall. “And as simple as it sounds, even when you’ve ensured everything matches, it is still important to take a look in the bag before you dump it in the drill.”

2. Has it been tested for germination?

According to Hall, federal law also requires seed being sold for planting to have a germination test, typically within a nine-month window ahead of selling. If the intention of use hasn’t been made clear to the seed merchant and feeding seed is received instead, then germination issues are likely. This is a common issue when it comes to peas.

“There are two common types of peas that get grown for cover crops. Winter peas are bred for forage and white flowering peas are mostly grain-types. Because the grain peas are typically much cheaper, they may be a more attractive option for someone wanting to cut seed costs. However, grain peas are extremely fragile, and germination can very much be affected by handling – just dropping the bag from waist height on a concrete floor can knock germination as much as 10 points each time,” says Hall. “So, even if the white flowered seed passed the germination test, throwing it on the ground from the back of a pickup truck could have damaged the germ.”

To further reduce any contamination or germination issues, seed should be purchased from sources that have adequately cleaned it. This will remove any lightweight and deformed seeds, improving germination and field uniformity.

“Count out 20 seeds, drop them into paper towel, wet it, roll it up, and throw it into a Ziplock plastic bag,” says Hall. “Most of the stuff is going to germinate seven to 10 days. Before you ever put that seed in the ground you should have a good idea how it’s going to perform.”

3. Is it suitable for the local environment?

As certain cover crops come into fashion and gain attention from the success seen by different producers, they need to be evaluated on how they will perform on a farm or ranch’s unique environment.

“Matching a variety to the right soil type and area weather conditions can make the difference between a cover crop being a success or a failure,” says Hall. “And just because it worked for someone 1,000 miles away, doesn’t mean it is going to work for you.”

Instead, producers should be speaking to their neighbors about what worked well for them and what didn’t, and then doing their own trials. Hall also recommends utilizing the recently launched Cover Crop Information Map, which centralizes farm trial and industry research data into one location. Featuring an interactive map on gocovercrops.com, the free resource allows users to sort through raw trial data based on geographical location and 26 different topics.

“Speaking to neighbors and analyzing the raw data of industry trials completed in your geographical location is a good starting point to get an idea of what is and isn’t working in your area,” says Hall. “You can then take those findings and tweak them accordingly to your own objectives and unique challenges. I suggest planting an acre or two for the first year as a trial to see how it goes before running out and planting 1,000 acres in your first attempt. And continue to ask questions because cover crops require a lot of homework.”

While it may come with a cheaper price tag and be readily available, Hall says it is essential to avoid the use of VNS (variety not stated) seed and to instead make selections based on traits of available varieties.

“It can take upwards of 15 years to narrow down the genetics for a variety to ensure consistency in performance, whereas a VNS is essentially a crapshoot,” explains Hall. “Varieties also come with a lot of data that will allow producers to make strategic investment decisions for their operation.”

For example, producers wanting to grow livestock feed can select varieties bred specifically to produce significant amounts of biomass to help cut bought in feed costs. High nitrogen fixing clover varieties are becoming popular for row crop producers due to performance reliability allowing them to reduce fertilizer inputs. Variety traits, such as late maturity, also give producers flexibility in how cover crops are managed and allow them to push the system to its full potential.

“Data allows producers to make management decisions to optimize cover crop performance. Things like knowing heading dates will allow a producer to achieve maximum growth while being able to terminate the crop before it becomes a weed,” concludes Hall. “To minimize risk and to maximize cover crop investment, it is essential to ensure the purchase of quality seed of varieties that are proven to perform.”