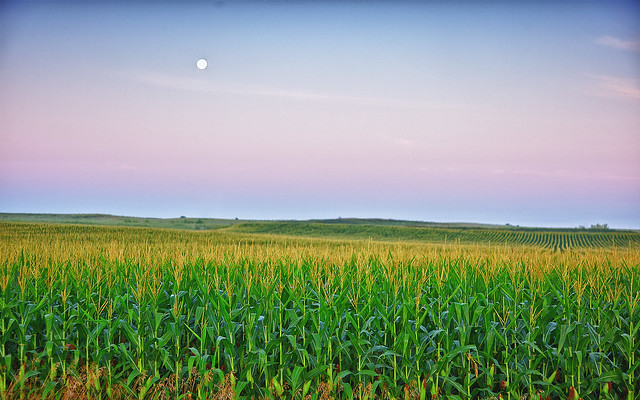 In order to prolong the effectiveness of Bt, farmers should monitor for corn rootworm and make management decisions based on larval injury to roots or adult activity. We recommend using the 0 to 3 node-injury scale developed at ISU to evaluate larval injury. Corn rootworm egg hatch peaked mid-June this year, and adults are beginning to emerge in many fields.

Adult emergence coincided with silking in corn this year throughout much of Iowa. This can be problematic as adults can clip silks and interfere with pollination. To monitor for adults, follow the guidelines outlined below. Use Pherocon AM yellow sticky traps (unbaited). Set up sticky traps at corn silking and continue through the dent stage (i.e., mid-July through August). For areas in eastern counties with suspected rotation-resistant western corn rootworm, set up sticky traps at soybean flowering and continue through full seed set (i.e., mid-July through August).

Keeping pesticide applicators and the environment safe
May 11, 2021