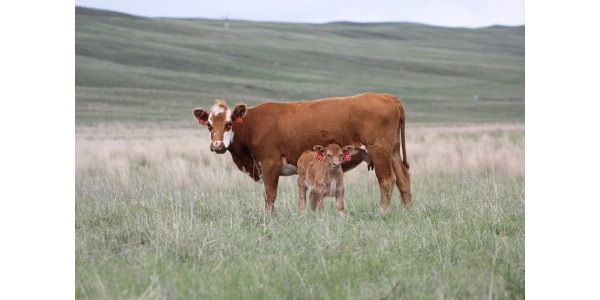 When an issue occurs in a production system, there is often an effort to fix the problem without fully appreciating the “why” behind the problem. (Photo credit Troy Walz)

LINCOLN — Beef production from conception to consumption is a complex, biological system where cause and effect are often distant in time and space.   For example, things that occurred to a calf while it was developing inside of a cow, can impact that animal throughout its life all the way to harvest. This can make it challenging to identify and address the actual source of a problem when it is observed. To better understand and address the source of problems, consider asking the question “why?”

Asking “why?” can be a very powerful tool in addressing problems.  When an issue occurs in a production system, there is often an effort to fix the problem without fully appreciating the “why” behind the problem.  Sometimes “why?” needs to be asked multiple times in order to identify the underlying structure at the source of the problem.

The principle of asking “why?” has value in understanding the issues facing the beef industry today.  Often when problems arise, we seek to treat the symptom of the problem without taking time to identify the source of the problem.  For example, a calf gets pinkeye and is treated with an antibiotic to address the problem.  The calf improves after treatment and little thought is given as to why the calf got pinkeye initially.

Some questions that could be asked in a situation like this are:

Asking “why?” is one of the fundamental steps to effective problem solving and decision making.  In systems thinking, the goal is to understand at a deeper level how systems function.   Systems thinking recognizes that there are often hidden and unintended consequences to actions.  For example, if a bull is treated for pinkeye and then kept as a herd sire, could that bull’s offspring have a greater likelihood of contracting the disease than those sired by a bull that never had pinkeye?

For many people, asking “why?” is one of the first steps in a fundamental shift in thinking that allows people to address problems in new ways.  It also reveals that the problems we face today are ones that we unknowingly may have created ourselves. To quote Albert Einstein, “The significant problems we face cannot be solved at the same level of thinking we were at when we created them.”

Listen to a discussion of the content in this article on this episode of the BeefWatch podcast. You can subscribe to new episodes in iTunes or paste http://feeds.feedburner.com/unlbeefwatch into your podcast app.