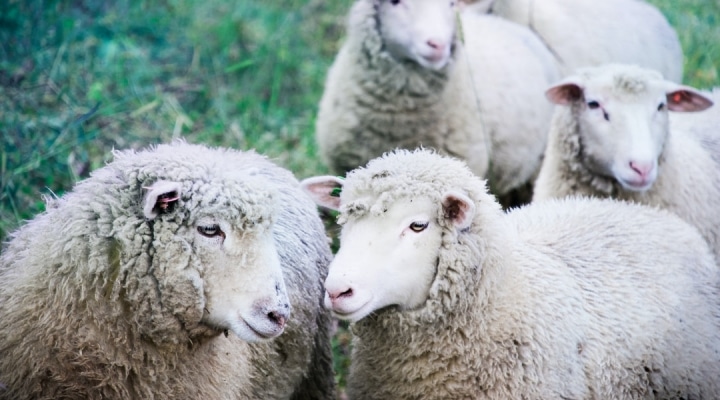 The body condition scoring chart runs from one to five with one being too thin and five being too fat. Elliott said producers don’t want sheep to be on either end of that spectrum. (Stock photo by Kiki Falconer on Unsplash)

WASHINGTON — Body condition scoring is a visual way to determine fat and muscle cover of sheep, and it plays an important role in helping producers evaluate the health of their ewe flock according to Clay Elliott, Ph.D., and an animal nutritionist with Purina.

“I think that a lot of producers should take advantage of the ability to take a look and make sure that those gals are in at least moderate body condition,” Elliott said in the latest ASI Research Update Podcast. “Really, what that means is that those gals are acceptable. That they’re not too thin and not too fat. We want them somewhere in between.”

The body condition scoring chart runs from one to five with one being too thin and five being too fat. Elliott said producers don’t want sheep to be on either end of that spectrum.

“The reason we want to do this is to enhance productivity,” he said. “It plays such a huge role in reproduction. It plays a huge role in immune support. If we get those gals too thin, the first thing that’s going to go is reproduction. On the other hand, if they’re obese, they’re also not going to breed.”

So, where do producers want their ewes to fall in the body condition scoring chart?

“Somewhere between a 2 and a 4,” Elliott said. “If those gals are at a 2, I certainly would say that they can use a little bit of some management, some input, some extra feed to move those girls to a 2.5 to 3.5. That’s what I’d probably deem ideal.”

Click here to listen to the podcast or tune in below.

NCBA pleased with legislation that aids ranchers on the border

When disaster strikes, this team will help save your animals

Cattle Chat: Breeding cattle on a tight timeline
May 12, 2022