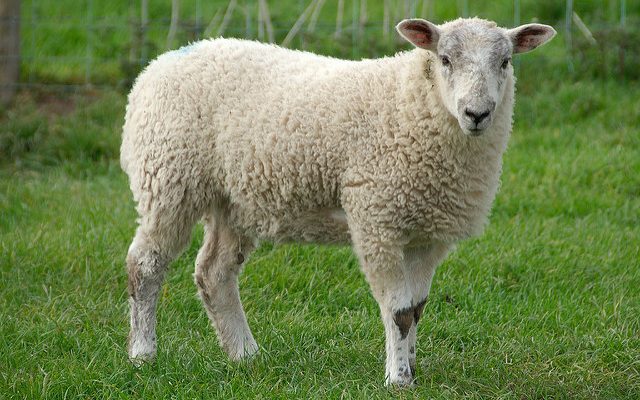 “Unfortunately, our economic impact has been severely blunted due to unforeseen circumstances beyond our ability to prepare,” Cox wrote in the letter.

The letter offered a blunt view of the American sheep and wool industry, including:

• Current estimates show a projected direct farm level loss of $125 million due to significant declines in feeder and slaughter lamb prices as a result of the loss in consumer demand for American lamb.

• Total economic impact to the American lamb industry might be in excess of $300 million.

• American sheepskin exports to China are down 76 percent in value and 50 percent in volume during the same period.

• Globally, the wool price is 26 percent lower than it was a year ago.

• The lamb market is in a perilous situation with the loss of half of the entire market for American lamb due to closure of foodservice.

“These facts only tell part of the story unfortunately. American wool sales have ground to a halt, leaving market reporters with limited information to work with. American wool handling facilities are storing millions of pounds of last year’s wool clip and rapidly adding this year’s wool harvest.

“American sheep producers are going into a second year of receiving a deduction of $2 to $5 per sheepskin for the cost of rendering this once valuable commodity. U.S. foodservice, which makes up 50 percent of American lamb sales, is crippled and it is unknown when this segment will return to business as usual. Lambs not processed in a timely manner will create further backups in supply, which will damage quality and in turn value to the producer and feeder.

“As a net importer, with many markets still closed following the BSE concerns of the early 2000s, the sheep industry cannot rely on export markets to absorb future production. This uncertainty hits at a time when there would otherwise be tremendous optimism in the lamb industry. Traditionally, the Easter/Passover season is the single largest sales period of the entire year for American lamb.

“Additionally, the loss of the aforementioned foodservice markets due to COVID-19 forced our industry’s second largest lamb processing company into Chapter 11 bankruptcy on March 19. This bankruptcy jeopardizes the ability of Mountain States Rosen to report market price data under Livestock Mandatory Price Reporting; shutting down price reports and foreclosing the only meaningful price protection sheep producers have available under the USDA Livestock Risk Protection Insurance Plan for lambs.

“Our current estimate is that this crisis will have a direct loss at the farm level of $125 million due to the projected loss in consumer demand and decline in slaughter lamb prices, with many more losses expected. It is estimated the total economic impact to the American lamb industry may be in excess of $300 million. We also realize many segments of our industry will suffer unique losses and we share many of the same concerns of others in the livestock sector as we continue to provide food and fiber.

“Again, we are asking that the Department work with the industry to develop a mechanism that would help offset actual and demonstrated losses realized by America’s sheep producers to help us bridge this gap.”

“Step to success” with the NJAA