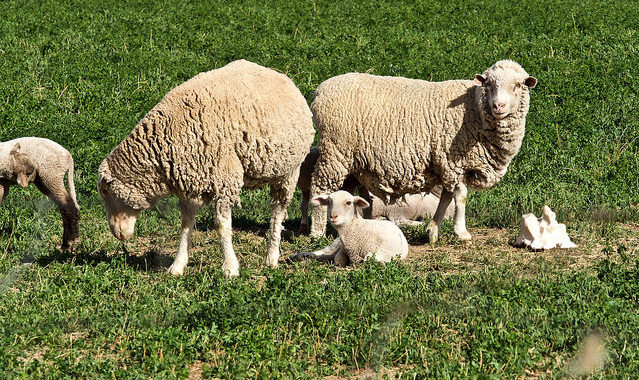 The Industry Innovation Award will recognize the accomplishments of an individual or organization that improves the American sheep industry in a game-changing way, regardless of whether its impact is felt at the regional, state or national level. (Dorian Wallender via Flickr)

DENVER — “We have brilliant and dedicated people and organizations in the sheep business that do impressive things with sheep production or lamb and wool processing and marketing,” said ASI President Mike Corn. “We wanted to test the interest in a new award that would recognize innovations in the sheep business. ASI awards have traditionally recognized service and media coverage associated with the organization, so this Industry Innovation Award is an exciting addition.”

Nominations for the accolade – as well as ASI’s traditional awards – are now open. The deadline for nominations is Nov. 13.

The Industry Innovation Award will recognize the accomplishments of an individual or organization that improves the American sheep industry in a game-changing way, regardless of whether its impact is felt at the regional, state or national level.

There are four other awards also open for nominations: The McClure Silver Ram Award, the Camptender Award, the Distinguished Producer Award and the Shepherd’s Voice Award.

Nominees should be recognized as industry leaders with nominations spelling out the candidates’ contributions to the industry and its producers. Producers should be actively involved in sheep production and may or may not produce sheep as their sole income. However, their nominations should not be based in any part on a paid position serving the sheep industry.

The Distinguished Producer Award was launched in 2014 to recognize the 150th anniversary of the national organization – the oldest livestock association in the country. This award is a way to recognize an individual who has had a significant long-term impact on the industry, including involvement with the National Wool Growers Association or American Sheep Producers Council, the predecessor organizations to ASI.

Nominations may be publications, networks or specific reporters exhibiting a strong commitment to balanced reporting and consistent coverage of the sheep industry locally, statewide and/or nationally.

Nominations must be submitted to the ASI national headquarters by Nov. 13, and past recipients of these awards are not eligible. Awards will be presented at the ASI Annual Convention, Jan. 31-Feb. 3 in San Antonio. To receive an application, call or email: 303-771-3500 or info@sheepusa.org. The one-page nomination form can also be downloaded at http://sheepusa.org/ResearchEducation_Awards#a.