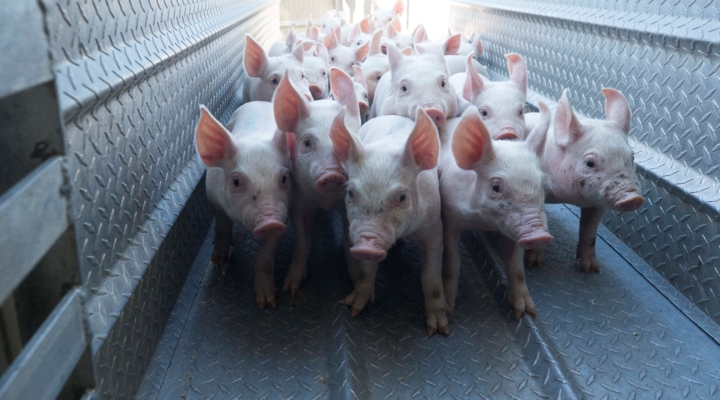 Aside from this near totality in geographic spread of ASF, the disease’s toll on China’s swine herd is reaching epic proportions. (Photo: © 2018 National Pork Board Des Moines Iowa USA)

WASHINGTON — With China’s international gateway city of Hong Kong now officially positive for African swine fever (ASF), the country is nearly 100 percent ASF-positive. Aside from this near totality in geographic spread of ASF, the disease’s toll on China’s swine herd is reaching epic proportions. Some estimates peg current and future losses related to ASF at more than 200 million pigs. Even more dire than this is the seeming inability of the country’s pig farmers and veterinarians to successfully repopulate farms and keep them from breaking with ASF again even after they have been depopulated, cleaned, disinfected and left idle for months. This has led to pork shortages and reports of some outlets having to switch to alternative proteins, such as chicken or seafood. 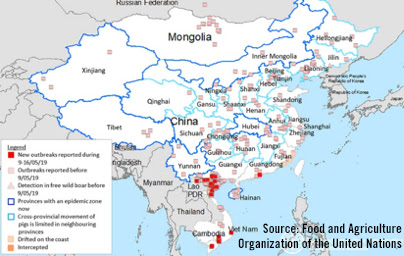 In late April, China’s Ministry of Agriculture and Rural Affairs released a communication regarding a 100-day action plan to manage the transition to the ASF self-testing system during the slaughter process and the official veterinarian stationing system at pig slaughterhouses. Chinese authorities highlighted the slaughtering process as the key link that connects the production and marketing phases, which makes it a crucial target for interventions to limit virus transmission. Stationed veterinarians will supervise pig slaughterhouses conducting ASF tests, and if requirements are met, the animal quarantine certificate can be issued. Local authorities have the responsibility of supervising the implementation of planned activities.

With Vietnam positive for African swine fever (ASF) for about three months now and Cambodia for more than a month, production losses are starting to mount and causing much nervousness in adjoining Thailand. In fact, the Thai government recently approved $4.7 million toward strengthening the country’s defense against ASF, according to a recent Bloomberg report. Thailand produces over 2 million hogs each year, and exports about 40% to Cambodia, Laos and Myanmar. It doesn’t import live hogs or pork, and visitors are not permitted to bring processed pork products into the country.

Meanwhile, the spread of ASF in Vietnam continues to worsen as more than 1.2 million domestic pigs have been culled. The virus has spread to 30 provinces, including Dong Nai, which supplies around 40% of the pork consumed in Ho Chi Minh City, Vietnam’s southern economic hub.