Home / National / ASA welcomes NAFTA modernization
A new user experience is coming! We'll be asking you to login to your Morning Ag Clips account March 1st to access these new features.
We can't wait to share them with you! Read more here. 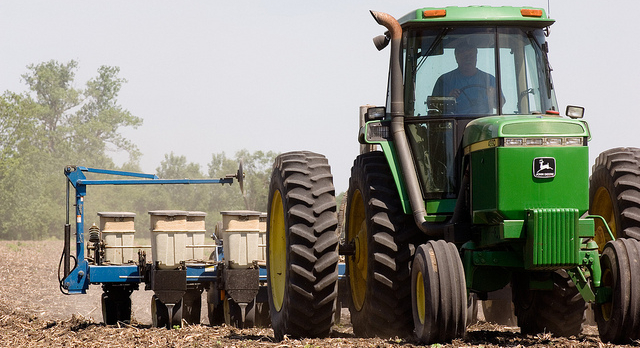 The White House announced that it will engage with Canada and Mexico in a renegotiation of the major trade pact, which has significantly benefitted soybean producers. (United Soybean Board, Flickr/Creative Commons)

WASHINGTON — The American Soybean Association welcomed an announcement from President Donald Trump late Wednesday that the United States would remain a member of the North American Free Trade Agreement. The announcement came following reports that the White House was readying an executive order to withdraw from the agreement, prompting significant concern and swift action from ASA and other farm groups that recognize the importance of NAFTA and agreements like it. Instead, the White House announced that it will engage with Canada and Mexico in a renegotiation of the major trade pact, which has significantly benefited soybean producers.

“We are relieved by the president’s decision that the United States will work on improving the NAFTA rather than withdrawing from it, and we will continue to closely monitor negotiations as they move forward,” said ASA President Ron Moore, a soybean farmer from Roseville, Ill. “When you’re talking about $3 billion in soybean exports a year, any threats to withdraw from agreements and walk away from markets makes farmers extremely nervous. We remain supportive of efforts to modernize NAFTA and further expand access for U.S. soy in Mexico and Canada, and we look forward to working with the administration to realize these goals.”

Moore used the situation to underscore the importance of having key administration personnel like Agriculture Secretary Sonny Perdue in place, and called on the Senate to swiftly confirm Ambassador Robert Lighthizer as U.S. Trade Representative.

“It is clear that Secretary Perdue clearly sees the link between increased access to global markets and success for American farmers,” said Moore. “We are grateful that he was sworn in this week and had the opportunity to provide advice on the NAFTA decision. As we move forward, it is key Amb. Lighthizer be in place at USTR. We applaud the Senate Finance Committee for its approval of his nomination, and look to the full Senate to confirm him as quickly as possible.”