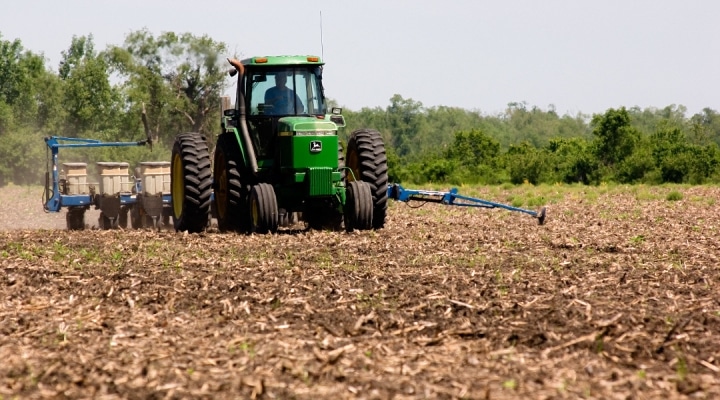 Eliminating stepped-up basis to generate more federal income risks the livelihood of America’s family farms and the economic sustainability of these family operations long into the future. (United Soybean Board, Flickr/Creative Commons)

WASHINGTON — Any change in capital gains tax policy that eliminates or scales back stepped-up basis could result in a massive tax burden on the agricultural sector according to new analysis by the American Soybean Association and the American Farm Bureau Federation.

To minimize the impact of burdensome capital gains taxes, farmers and ranchers use stepped-up basis, which provides a reset for the asset value basis during intergenerational transfers. The magnitude of the tax burden that would be felt if basis is taken away or reduced would likely significantly exceed the annual income generated by the assets, something that has soy and other American farmers concerned.

Kevin Scott, soybean farmer from Valley Springs, South Dakota, and president of ASA said, “What people may not realize is that it could take years of returns to equal the amount of the tax if stepped-up basis is reduced, or worse, eliminated. If we inherit farmland without the step-up to level the playing field for paying capital gains, there is a significant cost to sell the land, which throws off the market for not just farmers but for everyone.”

“The value of farms is tied up in land and equipment, and many hardworking farmers struggle just to make ends meet,” said AFBF President Zippy Duvall. “Eliminating stepped-up basis would make passing the family farm to the next generation much more difficult when the capital gains taxes would exceed a farm’s net income in many cases and require years to pay-off. We urge lawmakers to leave stepped-up basis intact to ensure farmers can continue feeding America’s families.”

Scott Gerlt, ASA economist, and John Newton, Farm Bureau chief economist, explain in a joint article released April 7 that heirs facing higher taxes would incur steep costs after bringing the land to market, thereby increasing costs for everyone else in the marketplace. And, if an estate is passed on with debt, it may not be possible for the family to meet the tax obligation. Gerlt and Newton in their analysis offer perspective across the U.S. and give real examples of the damage stepped-up basis changes could cause. Bottom line: Eliminating stepped-up basis to generate more federal income risks the livelihood of America’s family farms and the economic sustainability of these family operations long into the future.