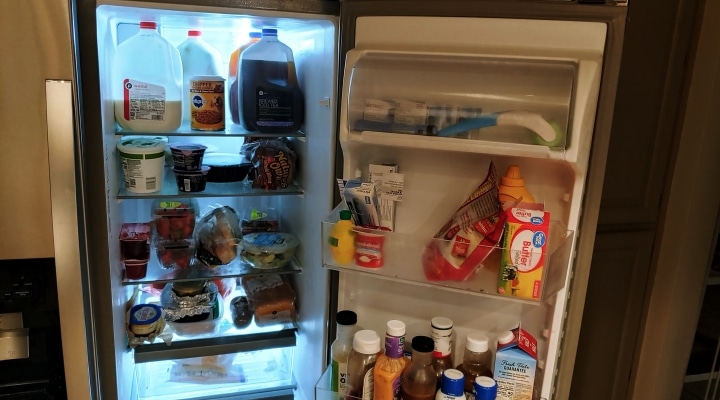 With the holidays approaching, many people will buy a lot of food, and some will throw much of it out, particularly uneaten fruits and vegetables. New University of Florida research shows a common refrain among grocery shoppers in four countries: “I bought more than I needed.” (photo Brad Buck, UF/IFAS)

GAINESVILLE, Fla. — With the holidays approaching, many people will buy a lot of food, and some will throw much of it out, particularly uneaten fruits and vegetables. New University of Florida research shows a common refrain among grocery shoppers in four countries:”I bought more than I needed.”

UF researchers say that’s one reason so much food goes to waste.

The new UF study shows how perceptions of food waste compare and contrast among more than 4,000 female grocery shoppers in the United States, Canada, Great Britain and France. Researchers with the UF Institute of Food and Agricultural Sciences found some common responses among the respondents. Two of those were:

“Buying more food than needed during the holidays will definitely be a major reason for food waste,” said Yan Heng, an assistant research scientist in food and resource economics, who led the study along with UF/IFAS professor Lisa House. “Several factors also lead to food waste at the household level, particularly for U.S. respondents.”

For example, Americans eat away from home regularly. They also use the expiration date or the food’s appearance to determine whether the food is still edible. Food labels can come with multiple labels, any of which could have dates on them that indicate when you should consume them – expiration dates, “best before” and “sell by,” among others. In this study, UF/IFAS researchers used the expiration date.

Researchers found some similarities among the four countries:

Here are some notable differences in food waste perceptions and actions:

People reduce their food waste through many means: Making a shopping list, preserving and freezing food and eating leftovers – all of which work, Heng said.

“However, when we compared across several nations, these actions appear to work in only certain countries,” she said. “When we consider actions to reduce food waste, we need to be careful, because some strategies found effective in some countries are not necessarily useful in the United States.”