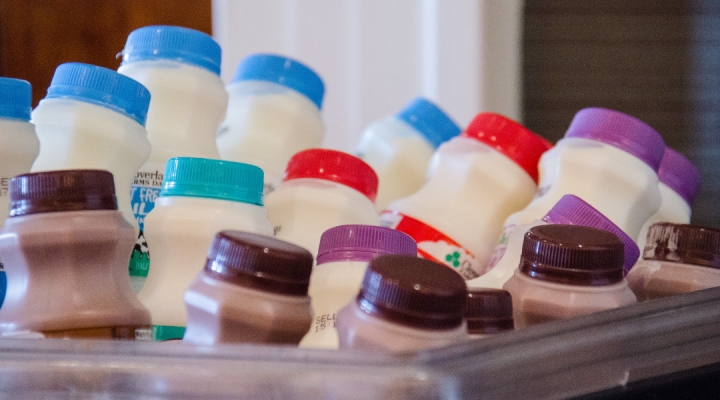 The invitation solicits proposals for projects that market, promote, and research New York-produced fluid milk and dairy products with the goal of expanding the types of dairy products available and increasing consumer demand for and consumption of New York dairy products. (m01229, Flickr/Creative Commons)

ALBANY — The New York State Department of Agriculture and Markets has announced that the Dairy Promotion Order (DPO) Advisory Board has issued a Request for Applications for dairy and research promotion projects, as part of its $15.5 million checkoff fund. The invitation solicits proposals for projects that market, promote, and research New York-produced fluid milk and dairy products with the goal of expanding the types of dairy products available and increasing consumer demand for and consumption of New York dairy products.

Eligible applicants include non-profit entities, research institutions, and private businesses that are not affiliated with the DPO Advisory Board. Project applications may not promote a specific brand or trade name.

To be considered for funding, applications should be submitted to the Department on or before August 25, 2022.  Applications and additional information can be found on the Department’s website at https://agriculture.ny.gov/dairy/dairy-promotion-order.

Funding is made available directly from New York State dairy producers through the New York State Dairy Promotion Order Act and is intended to help dairy farmers and processors further their reach to both domestic and international markets.

The DPO Advisory Board met on June 14 to discuss its priorities and goals for 2023.  The Board identified nine goals to guide its work in boosting the dairy industry in New York State. The goals are:

The Advisory Board consists of ten New York milk producers appointed by the Commissioner who serve a three-year term. The first New York State Dairy Promotion Advisory Board was appointed in May 1972 at the request of dairy producers. More information about the Board can be found at https://agriculture.ny.gov/dairy/dairy-promotion-order and on the DPO’s YouTube Page.

New York State has nearly 3,500 dairy farms that produce nearly 15.5 billion pounds of milk annually, making New York the nation’s fifth largest dairy state. The dairy industry is the State’s largest agricultural sector, contributing significantly to the State’s economy by generating nearly half of the State’s total agricultural receipts, and providing some of the highest economic multipliers in the State.