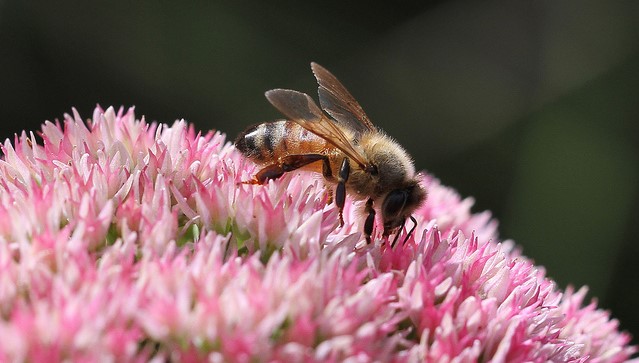 ALBANY — Governor Andrew M. Cuomo today announced that applications for new licenses to operate farm meaderies are now being accepted. The new craft beverage manufacturing license is similar to those currently available for farm wineries, breweries, cideries and distilleries. Mead, or “honey wine,” is an alcoholic beverage that is manufactured by fermenting honey with water, and can be infused with fruits, spices, herbs and flowers. Governor Cuomo first proposed the creation of farm meaderies in his Fiscal Year 2019 Executive Budget proposal.

“By creating this new license, we are building on New York’s nation-leading craft beverage industry while capitalizing on our standing as the number one honey producer in the Northeast,” Governor Cuomo said. “New York’s craft beverages are second to none, and we are steadfast in our commitment to supporting our local craft beverage producers who are creating jobs, promoting tourism and contributing to the Empire State’s booming economy.”

“Increasing opportunities for farms to produce mead will allow our craft beverage manufacturers to continue to grow,” said Lieutenant Governor Kathy Hochul. “As a leading producer of honey in the Northeast, the creation of the farm meadery license in New York State will increase the tourism industry and continue to grow the economy of communities across the state.”

Legislation signed by Governor Cuomo on December 28, 2018 authorizes the licensing of farm meaderies for the manufacture and sale of mead made exclusively from New York State produced honey. Additionally, a new mead producers license was created, which does not require honey sourced exclusively in New York. The annual cost for the new farm meadery license is $75 and the annual cost for a mead producer license is $125.

The legislation allows meaderies to produce “braggot,” as well, a malt beverage made from honey, malt, hops, fruits, spices, herbs and other agricultural products. The new law defines New York State labeled mead and braggot as craft beverages made exclusively with honey produced in New York. Farm meaderies may conduct tastings of their products at their manufacturing facilities, while mead producers may conduct tastings of beverages produced with 100 percent New York State ingredients.

Farm meaderies have additional privileges, including the ability to sell their products by the glass or by the bottle from their manufacturing facilities or tasting rooms, in addition to any other wine, beer, cider or spirits produced by a New York State farm manufacturer. As with other craft beverage licenses, farm meaderies have the privilege of self-distribution, in addition to the ability to market and sell their products through existing wholesalers. Farm meaderies may also operate up to five no-fee offsite branch offices with tasting rooms anywhere in the state. These expanded privileges are credited with spurring New York’s current craft beverage boom: since the Governor’s 2013 Farm Brewery law was enacted, 232 new farm breweries have been opened, and since the 2014 Farm Cidery law was enacted, 42 new cideries have opened statewide.

New York now ranks in the top five states in the U.S. for its number of craft beverage producers in every category. The state ranks first in the U.S. for the number of hard cider producers, second in craft distillers, third in breweries, and fourth for the total number of wineries. New York’s farm-based beverage manufacturers have grown by 174 percent since Governor Cuomo hosted the state’s first Wine, Beer, Spirits and Cider Summit in 2012, with 359 farm wineries, 232 farm breweries, 140 farm distilleries and 42 farm cideries now operating statewide. New York remains the top honey producer in the Northeast, with the total value of honey produced at $9.6 million in 2017, an increase of nearly 80 percent from 2011.

State Liquor Authority Chairman Vincent Bradley said, “Mead is one of the fastest growing segments in the craft beverage industry, and this new license capitalizes on this growth and the increasing demand for New York produced honey. Craft beverage manufacturers and honey producers in New York State will see value added to their businesses, boosting these growing industries.”

State Agriculture Commissioner Richard A. Ball said, “The addition of the Farm Meadery License first proposed by the Governor will provide exciting new opportunities for our innovative craft beverage makers and for our producers who will now have another market for their honey. Expanding our farm-based craft beverage licenses to include mead and braggot will not only help grow the industry but also fuel the demand for local ingredients from New York producers.”

Senator Jen Metzger, Chair of Senate Agriculture Committee said, “Expanding mead production in New York is an exciting development and I was so pleased to carry legislation in the Senate to make it easier for farm meaderies to thrive and prosper by bringing tax laws in alignment with other farm-brewed and distilled products. Mead is a delicious and growing segment of the craft beverage sector, and as the top honey producer in the northeast, New York is well poised to be the market leader. Encouraging honey production and supporting honey-based products has the added benefit of promoting healthy pollinators, which supports a healthy environment and benefits all of New York State agriculture.”

Assemblywoman Donna Lupardo, Chair of the Assembly Agriculture Committee said, “Small farms are the lifeblood of New York’s agricultural economy. As one of the top craft beverage producers in the nation, the creation of this new license will boost this industry even more. Incentives for meaderies to work with local honey farmers will ensure that products are made with fresh, local ingredients. I’m looking forward to sampling New York produced mead and braggot, along with the many agri-tourists who visit our farms each year.”

Assemblyman Robin Schimminger, Chairman of the Assembly Economic Development, Job Creation, Commerce and Industry Committee said, “Meeting the needs of New York State’s varied and ever-growing farm based beverage manufacturing industries, such as creating a Farm Meadery License, is needed to ensure the continued expansion of this very important sector of our economy.”