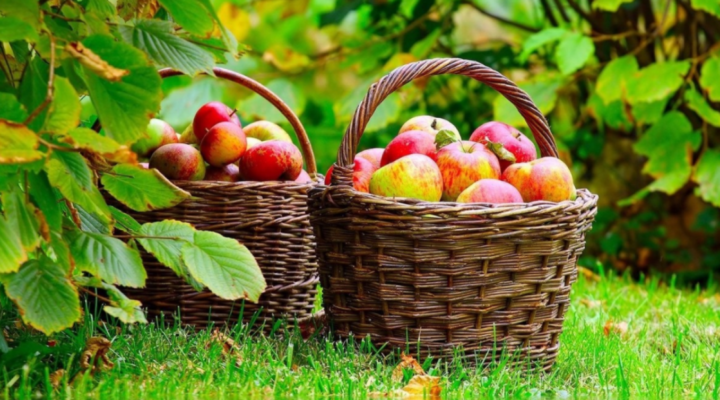 There are 694 commercial apple growers in New York State. Those growers produce 29.5 million bushels of apples annually, which weigh over one billion pounds. (Courtesy Photo)

ALBANY — It won’t be long before we put on our walking shoes—or even pack up the car—and head outside to see the colorful works-of-art that trees become in the fall. Those bright colors and that crisp air are what make autumn such a wonderful time of the year in our region.

Speaking of crisp, fall is also a great time to head to our local apple orchards to handpick some of the freshest—and best-tasting—apples the nation has to offer. Apples are one of the “core” elements of not only a fun, family afternoon and a healthy snack choice, but also our agriculture industry here in New York State.

Here’s a look at New York’s apple industry, by the numbers:

2: New York State is the second-largest apple producing state in the entire country, behind only Washington.

44.3: Between eating it fresh off the tree, in a pie or sauce and in juices and ciders, the average American eats 44.3 pounds of apple a year.

694: There are 694 commercial apple growers in New York State. Those growers produce 29.5 million bushels of apples annually, which weigh over one billion pounds.

10,000: The apple industry in New York State supports approximately 10,000 direct agricultural jobs here in New York. In addition, it also is responsible for another 7,500 indirect jobs with handling, shipping, marketing and more.

As Chair of the Senate Agriculture Committee, I have made every effort to support the apple industry, including successfully advocating for $750,000 in the most recent state budget for the New York Apple Growers Association. The budget also included $10,000 for the growing New York Cider Association. It’s support that helps both apple growers across the state, and our entire agriculture industry.

This fall, I encourage you to find a nearby orchard to enjoy the fruit of our state’s labor. You can find one close to you—as well as more information on New York’s apple industry—by visiting www.nyapplecountry.com.