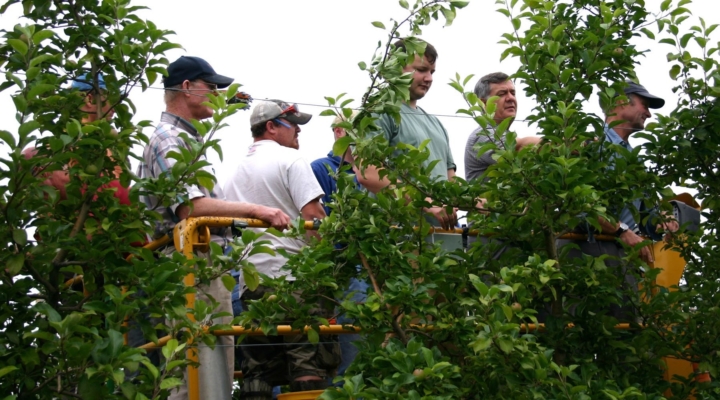 CHAZY-PERU, N.Y. — Northern New York growers can put apple pest identification research to good use this spring as they scout their orchards for troublesome insects.

In 2017, the research team used the infrastructure put in place by the project the year before to help growers stay alert to fire blight that occurred at an unprecedented epidemic level in the Champlain Valley in 2016. Very few new infections were reported in 2017, and of those reported several were identified as false alarms. In orchards where it was present, growers effectively managed the bacterial disease that destroys apple blossoms, shoots, and, sometimes, entire trees.