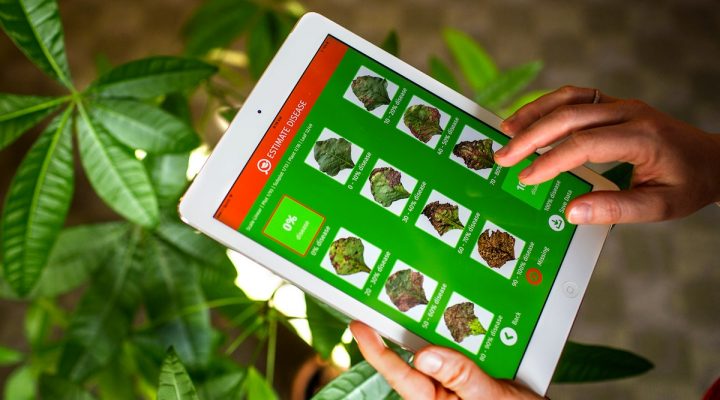 The app Estimate relies on Standard Area Diagrams (SADs), a series of photographs of diseased leaves, with each photo containing a leaf incrementally more diseased than the previous one. (Credit: Cornell University)

Estimate relies on Standard Area Diagrams (SADs), a series of photographs of diseased leaves, with each photo containing a leaf incrementally more diseased than the previous one. Each SAD shows disease severity in terms of the percent of the leaf that is diseased. Users can examine a leaf in the field, and compare and match it with SADs to estimate the disease severity.

“This app is useful for crop consultants and research scientists looking to cut costs and improve the time and accuracy for assessing disease severity in plants,” said Sarah Pethybridge, Cornell University assistant professor of plant pathology, who developed the app with Scot Nelson, a plant disease epidemiologist at the University of Hawaii-Manoa.

The app comes with an initial set of SADs of yellow and red table beet leaves affected by Cercospora leaf spot, a fungal disease that affects beets, chards and spinach. Pethybridge and Nelson hope to offer sets of SADs for five other vegetable diseases within the Estimate app by next year.

The new app expands on a previous app developed by Nelson called Leaf Doctor, which allows users to take a photo of a diseased leaf with an iPhone or iPad. The app quantifies the percentage of disease on that leaf. This algorithm allowed the creation of new, realistic SADs based on digital images. Pethybridge and Nelson will work with users to develop SADs for use in Estimate, based on their needs and diseases of interest. 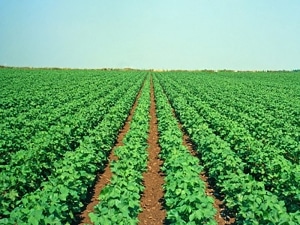 CLEMSON, S.C. — South Carolina farmers have a new tool this year to help identify and defeat diseases and pests in their row crops. A MyIPM for Row Crops app was developed at Clemson University in collaboration with specialists from a number of Land-Grant universities and the Southern IPM Center. This free smartphone app is […] 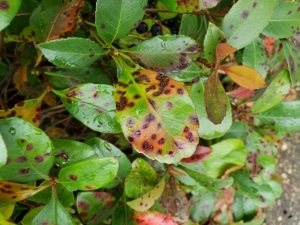 CARTERSVILLE, Ga. —  Excessive rain signals another a bad year for leaf spot diseases on landscape trees and shrubs. The leaf spotting that affects pear trees, including both edible pears and ornamental Bradford types, is caused by a fungal disease known as Entomosporium leaf spot. This disease also affects related shrubs such as Indian hawthorn […] 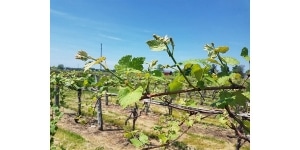