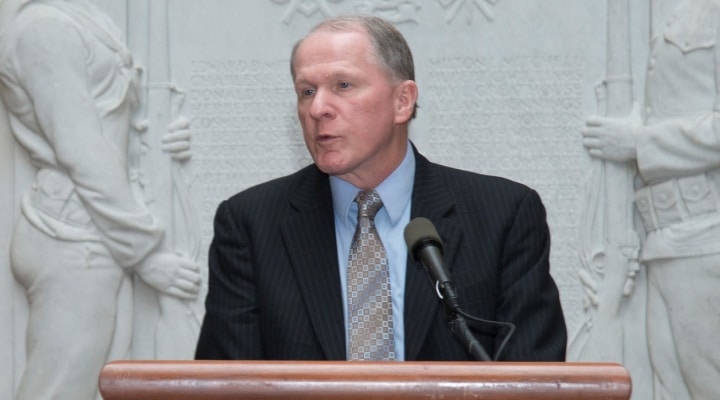 WASHINGTON — The United States Department of Agriculture’s Animal and Plant Health Inspection Service (APHIS) is celebrating the agency’s many successful efforts over the past year.

“It’s been a challenging but productive year, with our dedicated employees working tirelessly to meet our mission of protecting American agriculture and natural resources,” said APHIS Administrator Kevin Shea. “But our work benefits more than just our farmers and ranchers. The effort our public servants put in every day help maintain our economy, ensure consumers have a variety of foods to eat, protect our recreation activities and keep the skies safe for the flying public. I am excited to share a few highlights of what we accomplished in 2019 and I look forward to the great work we’ll continue to do in the future.”

Some of the successes include keeping a deadly pig disease that’s spreading elsewhere in the world from entering the U.S., eradicating a disease affecting stone fruit, keeping international trade flowing, responding to an isolated incident involving the detection of unauthorized genetically engineered (GE) wheat, and keeping U.S. and military airports safe from wildlife strikes.

To keep African swine fever (ASF) – a deadly disease of pigs – out of the United States, APHIS is working closely with U.S. Customs and Border Protection at ports of entry to ensure cargo, passengers and products arriving from affected countries do not carry the disease into the U.S., and collaborating with states, industry and producers to ensure strict biosecurity practices are being followed. The agency developed videos, infographics and other materials to raise awareness about this disease amongst producers, veterinarians, and international travelers, with the messages being amplified by government, industry and international partners. APHIS also continues to prepare for a potential response to the disease, should it be detected, by hosting a year-long series of ASF drills and exercises and by developing a zoning agreement with Canada to allow trade from approved disease-free zones in the event of an outbreak.

After a 20-year battle, APHIS declared the United States free of the plum pox virus, which is considered the most devastating viral disease of stone fruit worldwide. By eradicating this disease, APHIS and State departments of agriculture, universities, and tribes protect more than 1 million commercial acres of stone fruit across the country, as well as stone fruit exports worth more than $5.4 billion. Now that the United States is free of plum pox, APHIS put protocols in place to keep the disease from entering our borders, including development of a plant germplasm quarantine center that will prevent importation of the plum pox virus.

APHIS plays a vital role in ensuring the free flow of agricultural trade by keeping U.S. agriculture free from pests and diseases and certifying that the millions of U.S. agricultural and food products shipped to markets abroad meet the importing countries’ entry requirements. APHIS also keeps export markets open for American agricultural products by working to eliminate unjustified sanitary or phytosanitary barriers – that is, concerns involving plant and animal health – raised by U.S. trading partners. APHIS eliminated unjustified sanitary and phytosanitary barriers for export markets worth more than $90 million a year in just the last three months of fiscal year 2019.

In response to a detection of unauthorized regulated genetically engineered (GE) wheat in Washington State, APHIS worked intensively with the USDA Agricultural Marketing Service and State partners, protecting plant health by responding efficiently and effectively, determining it to be an isolated incident affecting a single farm and conducting a controlled burn to ensure the GE wheat did not persist in the environment. APHIS proactively worked to improve incident response capabilities for detections of unauthorized GE wheat, exchanging best practices with the Canadian Food Inspection Agency and collaborating with industry representatives to develop communication and incident response strategies. Throughout this incident, APHIS and its partners were critical in supporting American agriculture and agricultural trade by ensuring GE wheat did not enter into U.S. commerce and offering test kits to reassure trading partners. This critical work protected U.S. wheat export markets valued at $9 Billion.

With the 10th anniversary of the “Miracle on the Hudson” taking place this year, APHIS continued its efforts to protect the flying public and our military from wildlife strikes at U.S. airports and military bases around the world. Biologists and specialists chased away more than 1.6 million animals at 871 airports to protect more than 700 million passengers. APHIS personnel assisted every branch of the U.S. military and U.S. military aviation in southwest Asia, Norway, Latvia, Korea, Japan, Africa, and other Pacific Rim/international locations. APHIS researchers developed a science-based model to quantify the risk of airstrikes for military aircraft due to wildlife hazards, which will assist managers in developing and prioritizing airfield wildlife management plans based on the high-hazard species and types of aircraft using the airfield.