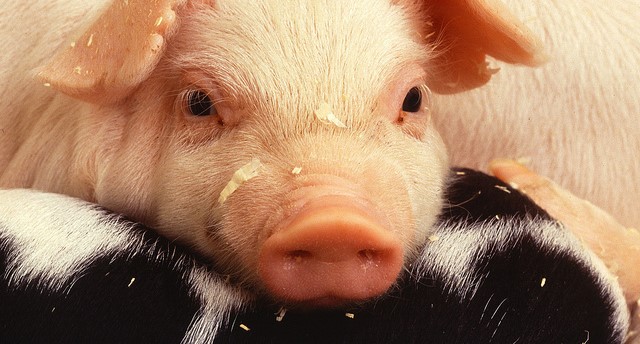 Despite its species-specific shortcomings, the FDA report clearly shows that the overall usage of antibiotics in livestock is the lowest since 2009. (U.S. Department of Agriculture, Flickr/Creative Commons)

DES MOINES, Iowa — America’s 60,000 pig farmers continue to do what’s right on the farm for people, pigs and the planet when it comes to demonstrating their commitment to antibiotic stewardship. That’s why last week’s findings in the U.S. Food and Drug Administration’s 2016 Summary Report on Antimicrobials Sold or Distributed for Use in Food-Producing Animals came as no surprise, but as a validation of the hard work U.S. pig farmers have put in to reduce the overall need for antibiotics while still protecting the health and welfare of the pigs under their care.

“This report, which still is based on sales and not actual usage, supports what we already know at the farm level—we’re using fewer antibiotics overall today because we’re committed to reducing the need for them while protecting the health and welfare of our animals,” said National Pork Board President Terry O’Neel, a pig farmer from Friend, Nebraska. “When we must use antibiotics, we work closely with our veterinarians to ensure that we use them according to the FDA-approved label.”

Veterinarian Dave Pyburn, vice president of science and technology at the National Pork Board, says the new report must be viewed for what it is—an estimate of antibiotic use and not a literal measure of use at the farm level. He also points out the inherent size and longevity differences between cattle, pigs and poultry when looking at antibiotic use. Different species will obviously face additional health challenges due to longevity. For example, a broiler chicken typically goes to market in about six weeks, whereas for pigs it’s about six months and for beef cattle it’s 18 months.

“Unfortunately, the FDA report is not truly reflective of overall antibiotic usage by species because the pharmaceutical companies don’t record sales by species,” Pyburn said. “Secondly, the report does not include species-specific data regarding ionophores in its results, making its estimate about which species use more antibiotics than another less than precise. For example, pig farmers use almost no ionophores, but poultry and beef producers use a fair amount of that class of antibiotics.”

Despite its species-specific shortcomings, the FDA report clearly shows that the overall usage of antibiotics in livestock is the lowest since 2009. According to the USDA’s National Agricultural Statistics reports, America’s pig farmers produced over five million more market hogs in 2016 than in 2009 and market weights increased by 16 pounds in that period. Those figures suggest that today’s pig farmers are using far less total antibiotics per pound of pork produced.

“As a scientist, I’m very excited about the work America’s pig farmers have funded to help us get a more precise handle on antibiotic usage,” said public health veterinarian Heather Fowler, director of producer and public health with the National Pork Board. “We’ve been collaborating with some of the best researchers in the world on developing on-farm metrics, so that we can make additional progress in antibiotic stewardship in a way that has a tangible and positive outcome for the health of people, pigs and the planet.”

According to Fowler, the National Pork Board’s work with researchers on creating novel on-farm antibiotic use metrics will advance more quickly in 2018 since much of the groundwork has been completed. Likewise, similar work has been done by the U.S. poultry and beef industries.

Fowler believes ongoing collaboration with academia, governmental agencies and non-governmental organizations is the best way to move forward in solving the complex issue of antibiotic resistance. She points to the Pork Checkoff’s ongoing work and collaboration with partners such as the Centers for Disease Control and Prevention on the global One Health initiative. Also, long-time industry programs such as PQA Plus have put even more focus on antibiotic stewardship today, which complements the Checkoff’s investment of more than $6 million for antibiotic-related studies since 2000.

From a farmer perspective, O’Neel said 2017 has been another milestone in antibiotic stewardship. “While some of our detractors may think it’s only legislation or new rules that move us to act, we know differently,” he said. “The data that we are seeing in this FDA report shows that livestock producers were reducing the need and usage of antibiotics prior to the enactment of the FDA guidances going into effect on January 1. It also reflects our ongoing dedication and competency as pig farmers to practice good antibiotic stewardship.”