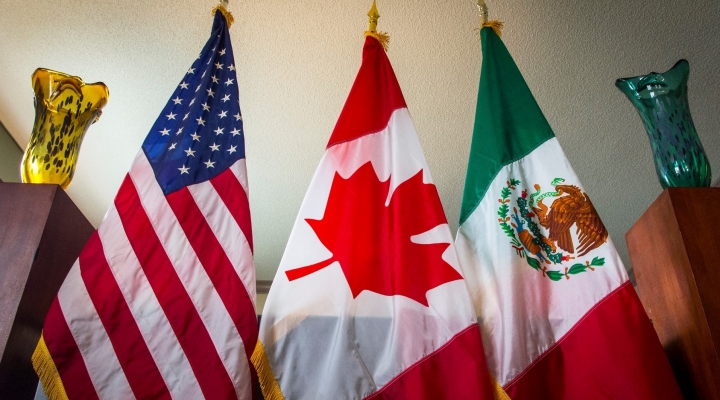 One day after the U.S. and China entered a Phase 1 trade deal, Ohio farmers have another trade win to celebrate following the U.S. Senate’s passage of the U.S.-Mexico-Canada Agreement (USMCA) by a vote of 89-10. USMCA now moves to President Trump’s desk for his signature. (U.S. Department of Agriculture, Public Domain)

WORTHINGTON, Ohio — One day after the U.S. and China entered a Phase 1 trade deal, Ohio soybean farmers have another trade win to celebrate following the U.S. Senate’s passage of the U.S.-Mexico-Canada Agreement (USMCA) by a vote of 89-10. USMCA now moves to President Trump’s desk for his signature.

The Ohio Soybean Association (OSA) has been working diligently with its partner organizations, such as the American Soybean Association (ASA), to see USMCA passed and ensure consistent access to two major customers for U.S. soybeans. OSA also expressed thanks to Senator Rob Portman (R-OH) and Senator Sherrod Brown (D-OH) for their support.

“USMCA has been a major priority for OSA and we are very happy to see it pass the Senate and move to the president’s desk,” said Ryan Rhoades, OSA president and Marion County soybean farmer. “We thank our legislators for moving this trade deal forward and supporting vital market access for Ohio family farmers. I also want to thank OSA members and other industry stakeholders for their grassroots support on this effort and helping to make farmers’ voices heard.”

U.S. soybean exports to Canada and Mexico saw substantial growth following the passage of the North American Free Trade Agreement (NAFTA). Under USMCA, it is expected U.S. soybean farmers will be able to sustain that growth and create market certainty.

Overall, Mexico is the second largest market for whole soybeans, meal and oil. Canada is the fourth largest market for soybean meal and the seventh largest for soybean oil. The value of the Ohio soybean crop is approximately $2.5 billion, with 5 million acres planted and 7.9 million metric tons (288 bushels) of soybeans produced in 2018. Soybeans are Ohio’s number one agricultural export.

“The passage of USMCA is important for corn, wheat, and small grain growers in Ohio. Continuing to have solid trade relationships with our largest foreign markets – Mexico and Canada – cannot be overstated. Free trade agreements like this help us continue to feed and fuel the world.

Exports of corn, soft red winter wheat, ethanol, corn co-products, and small grains are vital to support a thriving Ohio economy. Therefore, developing and maintaining fair and open global trade practices remain an essential policy priority for our Association and we are happy that President Trump and Congress agree.”

The OCWGA supports fair trade policies, which play a vital role in raising the standard of living for all people. Through effective trade policy, Ohio’s farmers prosper, and their local communities flourish.

“We are excited that Senator Brown and Senator Portman voted in favor of USMCA today. Since USMCA was first announced in September 2018, our members have worked tirelessly to advocate for passage of USMCA with Ohio’s congressional delegation. We are glad that it has been approved.”

Ohio Farm Bureau President Frank Burkett said, “The Senate’s passage of the U.S.-Mexico-Canada Trade Agreement is a huge win for our farmers in Ohio and across the country as it ensures the viability of agriculture’s trade partnerships in the global marketplace. Trade is vital to U.S. agriculture, and we applaud Senators Brown and Portman for their bipartisan work to continue and improve our relationship with our North American trading partners.”