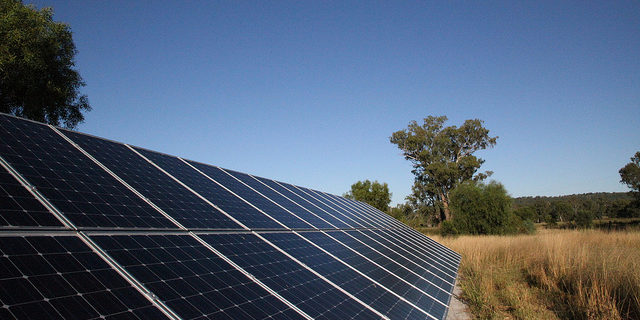 LINCOLN — The Nebraska Wind & Solar Conference & Exhibition recently concluded its tenth annual event, November 13-14, 2017 at the Cornhusker Marriott Hotel in Lincoln, NE. This year’s conference attracted over 325 attendees, 28 exhibitors, and featured 38 speakers from the wind and solar industries. Individuals came from across the country to participate in 18 general session and workshop presentations that shared the latest and best information on wind and solar energy development. A diverse set of stakeholders that included private sector developers, public officials, landowners, environmental interests, wildlife interests, public utilities, as well as the public at large attended.

Conference attendees were welcomed on Monday by Mayor Chris Beutler, Congressman Jeff Fortenberry, and Nebraska Energy Director, David Bracht, who provided an update on the status of wind and solar development in Nebraska. Keynote speaker, Tom Kiernan, CEO of American Wind Energy Association, opened up the general sessions with an overview of the “State of the National Wind Industry” and state senators provided a policy and legislative update just before lunch.

The Tuesday luncheon featured Paul Clements of Facebook and Tim O’Brien of OPPD discussing their partnership and what corporate companies look for when it comes to renewable energy procurement. David Gardiner added a national perspective to the discussion. The conference wrapped up with discussions pertaining to wind impacts on Nebraska and Southwest Power Pool and how to navigate wildlife and regulatory pathways with state and federal officials.

Conference Co-Chairman, John Hansen, commented “It was an outstanding conference. Attitude was positive and the information provided was great. This reflects the enormous progress and momentum we have as we continue to grow in the future”.

Conference presentations will be posted on the Nebraska Energy Office website within the next few weeks.