Home / Iowa / Annual Shivvers Memorial Lecture
A new user experience is coming! We'll be asking you to login to your Morning Ag Clips account March 1st to access these new features.
We can't wait to share them with you! Read more here. 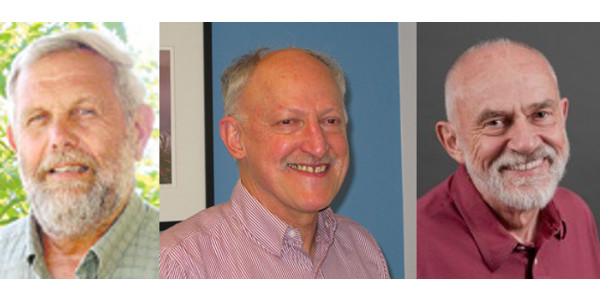 "The Leopold Center at 30 and beyond" is the theme of this year's lecture with guest speakers Paul Johnson, Ralph Rosenberg, and David Osterberg. (silt.org/iaenvironment.org/public-health.uiowa.edu)

AMES, Iowa — Three former Iowa legislators recall the 1987 Iowa Groundwater Protection Act and establishment of the Leopold Center for Sustainable Agriculture for the annual Shivvers Memorial Lecture. “The Leopold Center at 30 and beyond” is the theme of this year’s lecture with guest speakers Paul Johnson, Ralph Rosenberg, and David Osterberg. They will share their thoughts on the past, present and future as the Center commemorates its 30th anniversary this year.

The Shivvers Memorial Lecture is Tuesday, March 28, at 7 p.m. in the Richard and Joan Stark Lecture Hall, 1148 Gerdin Business Building on the Iowa State University campus, Ames. The lecture series has brought distinguished speakers to ISU since 1969 to discuss the sustainability of agriculture and the protection of natural resources.

Paul Johnson holds a bachelor’s and a master’s degree in forestry from the University of Michigan. He is a retired farmer and served in the House of Representatives from 1984-1990 representing Winneshiek County.  He is a former chief of the USDA Iowa Natural Resources Conservation Service from 1994-1997, and former director of the Iowa Department of Natural Resources from 1999-2000.

Ralph Rosenberg is the executive director of the Iowa Environmental Council, and has been in this position since August 2012. Prior to joining the Council, he led the Iowa Civil Rights Commission, the Coalition for Family and Children’s Services in Iowa, and co-founded a statewide nonpartisan institute for emerging leaders in all three branches of Iowa’s government. He represented Story County in the House of Representatives from 1981-1990, and in the Senate from 1991-1995.

The Shivvers Memorial Lecture is in honor of L.C. (John) Shivvers. He was born in 1894 near Knoxville, Iowa, and became a pioneer of sustainable agriculture. John was elected to the Iowa Senate in 1962, but passed away that December, before he could take office. In a special election, his wife, Vera, took his place for the next two years, becoming the third woman to serve in the Iowa Senate. In 1969 she coordinated with ISU to establish the Shivvers Lecture as a lasting memorial to her husband. The Shivvers family continues to farm in Iowa and oversee the lecture series.

The Leopold Center and the ISU Committee on Lectures (funded by Student Government), sponsor the Shivvers Memorial Lecture series.

The Leopold Center for Sustainable Agriculture was established in 1987 through the Iowa Groundwater Protection Act. It is a research and education center at Iowa State University created to identify and reduce negative farming impacts and to develop new ways to farm profitably while conserving natural resources. The Center’s competitive grants program awards funds to researchers and investigators across Iowa, extending more than 500 competitive grants since 1988. For more information about the Leopold Center, visit the website: www.leopold.iastate.edu.