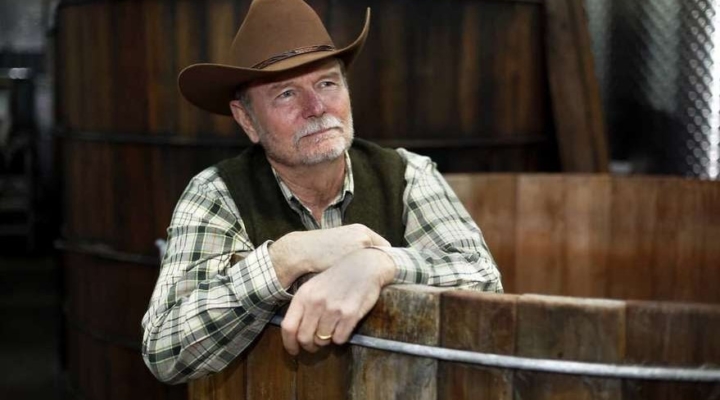 SACRAMENTO — The California State Fair and the Wine Advisory Task Force recognizes the accomplishments and service of key individuals or organizations through a series of prestigious awards in the wine industry: Wine Lifetime Achievement, Vineyard of the Year, and California All Stars Awards.

The Wine Lifetime Achievement Award recognizes a person, family or institutions who are pioneers in the wine industry based on their lifetime contributions to the California wine industry. Joel Peterson and Merry Edwards personify the standards to receive this prestigious award.

Joel Peterson began his winemaking career in 1976, making small lots of intensely flavored Zinfandel from old vineyards a plows pass away from extinction. He apprenticed with the legendary Joseph Swan of Sonoma. His vineyard-designated wines transformed Zinfandel into a serious wine and created a following for his “No Wimpy Wine” style. As the Ravenswood brand soared, he earned the moniker, “The Godfather of Zin”. Peterson and his partners sold the winery to Constellation Brands in 2001, but Joel stayed on faithfully as Chief Winemaker until 2016. He has since returned to his roots with “Once and Future Wines” with his son, Morgan Twain Peterson, making muscled wines in small batches.

Merry Edwards is an early pioneering female winemaker out of UC Davis in 1975. Her master’s thesis tested lead residues in wine which resulted in the banning of lead capsules in the interest of public health. In the mid-70s, she focused on Pinot Noir. While making contributions to the industry, she was also making stellar wines for numerous producers including Matanzas Creek, which rose to national acclaim. In 2006, she launched the Merry Edwards Winery in the Russian River Valley where she is famous for an elegant barrel fermented Sauvignon Blanc. After 20 years elevating her winery to global status, she has recently entered into an acquisition agreement with Roederer.

The Vineyard of the Year is presented to Dick Cooper Ranch in Amador County for their consistency in producing grapes that have contributed to wine of superior quality and marketability within the commercial wine arena. Cooper planted his first Barbera vines in 1970 on five acres. Since then, the Cooper Ranch Vineyards have grown to 100 acres, mostly Barbera, with a total of 17 varieties on the property. Dick has helped at least a dozen other growers plant Barbera. In 2013 a Barbera Festival was born, which today some 80 producers pour there, including some from Italy.

Kent Rosenblum was Founder and Winemaker of Rosenblum Cellars, building the winery from a 400-case to a 250,000-case producer over a span of three decades from 1978 to 2008. Rosenblum was famous for his big, bold Zinfandel wines. For Rosenblum, making wine was always about a willingness to explore viticultural regions and experiment with winemaking techniques. After he sold Rosenblum Cellars in 2008, he started Rock Wall Wines, with daughter Shauna as the winemaker.  Rock Wall continues to be about having fun, while making the best wines from the best regions and sharing the experience with others. Kent was always fond of saying, “Never underestimate the value of a little fun”.

Robert Haas established his own company, Vineyard Brands, which flourished by expanding its selection from France to include Italy, Chile, California and Oregon. Haas had a love for Rhone wines and with the Perrin Family of Chateau Beaucastel, they established Tablas Creek Vineyards in Paso Robles in 1985. There they broke tradition and imported vines from France, some of which had never been seen in California, passed them through the rigorous 3 year quarantine system, and then propagated them for use on their own property. Ultimately their nursery made millions of vines available for planting by other wineries in the state and across the nation. He was also ahead of the curve in making wine blends, as opposed to the varietal penchant of the day.

The recipients will be publically recognized and honored at the annual Wine Judges Dinner on Wednesday, May 29, 2019. They will also be acknowledged at the Friends of the California State Fair Gala on Thursday, June 27, 2019.

About the California State Fair