Home / DelMarVa / Animal ag depicted negatively at event
A new user experience is coming! We'll be asking you to login to your Morning Ag Clips account March 1st to access these new features.
We can't wait to share them with you! Read more here. 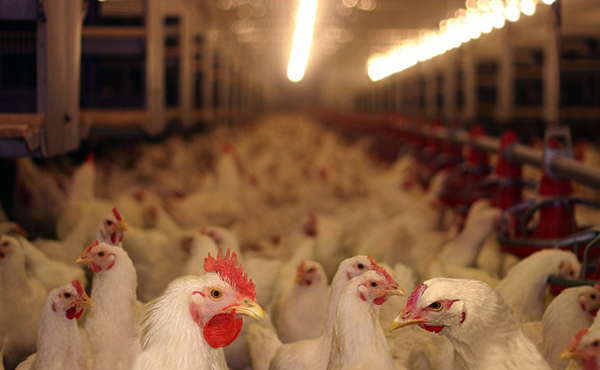 The Animal Agriculture Alliance released a report Oct. 1 with observations and takeaways for the animal agriculture community from the Taking Action for Animals (TAFA) Conference, held virtually September 19 – 20. The event featured speakers from organizations with negative viewpoints toward animal agriculture and meat consumption. (Wikimedia Commons)

The conference primarily stressed the need for action and highlighted what animal rights groups believe to be victories in recent years protecting wildlife, farm, marine, companion animals and more. Speakers stressed the importance of behind-the-scenes advocacy to change and propose “animal-friendly” legislation at different levels of government.

“HSUS intentionally works to position itself as an animal welfare organization, but their history of advocating for legislation and sourcing policies that hinder our ability to raise animals for food tells a different story,” said Hannah Thompson-Weeman, vice president of communications at the Animal Agriculture Alliance. “Remarks made by speakers at the recent conference clearly outline the true goals and objectives of this organization, which everyone in animal agriculture and the food industry needs to be aware of.”

Animal rights groups have repeatedly tried to capitalize on the current pandemic to spread their anti-animal agriculture agenda by claiming livestock will be the cause of the next pandemic, and this rhetoric was emphasized at the TAFA conference. “Factory farms poison our environment. Factory farms also create serious risks to public health,” stated Adam Zipkin, counsel to U.S. Senator Cory Booker. Zipkin added, “Scientists are telling us, in no uncertain terms, that the next pandemic is at least as likely to start on a factory farm here in the U.S. as it is at a live wildlife market in some other country.” He attributed this claim to the “rampant use of antibiotics in factory farms” and that these farms are “breeding grounds for viruses such as influenza that can easily jump from farm animals to people.”

Speakers in a subsequent session asserted that the way to prevent future pandemics was to stop confinement of animals and transition to a plant-based diet. Josh Balk, vice president of farm animal protection at HSUS, said the “number one risk has to do with the increased consumption of meat, eggs and dairy. Number two has to do with the intensification of farm animals, or in other words, the caging of farm animals in smaller and smaller enclosures.” In a later session Balk stated, “We’re also passing laws to ban these practices in the state, making them criminal abuses that if they are done, it’s not just frowned upon or ‘hey, this is a bad thing’ – no, these will be criminal activities.”

Another key theme of the conference was claiming that animal agriculture was a major contributor to climate change. “Reputable scientific sources continue to warn us that eating more plant-based foods must happen quickly to ensure the livability of our planet,” said Kari Nienstedt, senior director of council & engagement at HSUS. Nienstedt added that, in addition to promoting meat alternatives, HSUS and other animal rights groups are “working with the largest food companies in the country to get them to mandate that their egg and meat suppliers eliminate cages” as well.

A theme that transcended most sessions of the conference was how to effectively enact “animal-friendly” policies. “Your goal is to become one of the go-to people in your legislator’s district, who he or she will reach out to when they have a question about animal protection,” said Carol Misseldine, senior director of outreach & engagement at HSUS.

The 2020 Taking Action for Animals Conference Report, which includes personal accounts of speaker presentations and general observations, is available to Alliance members in the Resource Library on the Alliance website. The Alliance also has reports from previous animal rights conferences accessible to members on its website.

Ag groups respond to Ricketts State of the State
January 17, 2022