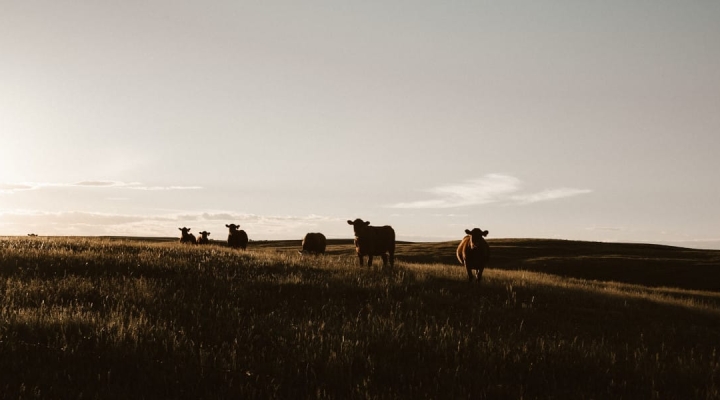 The carcass contest presents a different perspective for junior Angus members at the National Junior Angus Show. Instead of leading the animal into the show ring, they lead the steers onto a truck to be harvested. In the days following, the steers are graded, evaluated and their carcass data is reported.

Forty-two entries from 11 states competed in this year’s carcass contest at the National Junior Angus Show, the largest event to date. The top-ranking steers were announced at the NJAS awards ceremony on July 8.

“The Prime carcass percentage more than tripled the recent industry average,” said Paul Dykstra, director of supply management and analysis for Certified Angus Beef. “The real highlight in this set of steers is the fact 21 percent of the carcasses were Prime, yield grade 2s. It’s a fairly special set of cattle that can hit such a lofty marbling achievement while remaining this lean in terms of their finish.”

The grand champion carcass steer was exhibited by Ty Mogck of Olivet, South Dakota. His steer graded Prime with a yield grade of 2.3. The steer had a 14.2 square inch (sq. in.) ribeye area and a hot carcass weight of 845 pounds (lb.), allowing the steer to qualify for the Certified Angus Beef ®  (CAB) brand. Mogck received a $39.00 per hundred weight (cwt.) grid premium, $9.00 per cwt. higher than the 2021 champion.

Claire Caldwell of Parker, Kansas took home reserve champion carcass steer honors. Her steer graded Prime with a yield grade of 2.8. The steer had a 13.9 sq. in. ribeye area and 829 lb. hot carcass weight. Caldwell’s steer qualified for CAB, and she was awarded a $39.00 cwt. grid premium. The difference between the champion and reserve steers was a mere $6.00 total per head, illustrating the tough competition in this year’s contest.

The champion bred and owned carcass steer was exhibited by Kelsey Vandeberghe of Cleveland, North Dakota. Her steer graded Prime with a yield grade of 3.1. The steer had a 14.5 sq. in. ribeye area and an 812 lb. hot carcass weight, earning the CAB designation. Vandeberghe received a $37.00 cwt. grid premium.

Alexis Vandeberghe of Cleveland, North Dakota, presented the reserve champion bred and owned carcass steer. Her steer graded Prime with a yield grade of 2.7. The steer also qualified for CAB, exhibiting a 12.8 sq in. ribeye area with a 749 lb. hot carcass weight, and receiving a $38.00 cwt. grid premium.

NJAA members also competed in the contest as state groups. Three steers were grouped together by at least two exhibitors.

The reserve state group was also from Kansas. Kansas 3 averaged a $246.33 carcass premium per head. Corbin and Kirwin Russell of Paxico exhibited the winning carcasses.

The top steer exhibitors were awarded contest premiums beyond their carcass premiums. Contestants also receive carcass data in return to make improvements in selection decisions, fostering the future of the beef industry and creating teachable moments for the membership.

Results of the 2022 NJAS, including shows, contests, awards and scholarships can be found at www.njas.info. Additional coverage is also available on the NJAA social media channels.