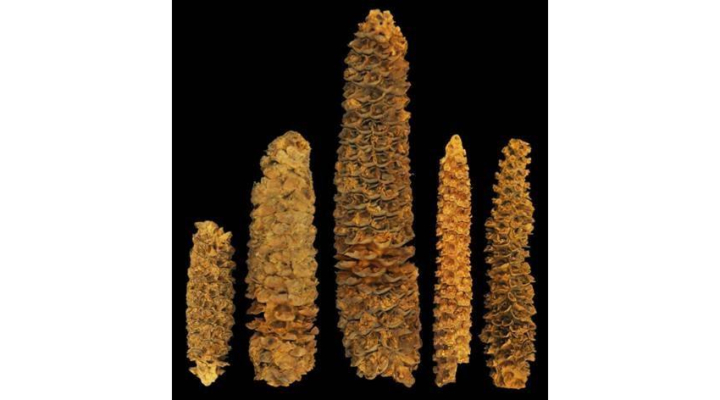 COLLEGE STATION, Texas — A team of researchers that includes a Texas A&M University anthropologist has analyzed a trove of ancient maize and their findings cast new light on the development of agriculture in Central America and the food that fueled the rise of the many Native American civilizations, including the Maya.

Heather Thakar, curator and instructional assistant professor in the Department of Anthropology, and colleagues from Penn State, UC-Santa Barbara, the Smithsonian Institution, and the University of Hawaii have had their work published in PNAS (Proceedings of the National Academy of Sciences).

The team examined maize (corn) cobs that were found in the El Gigante rockshelter in Honduras, where humans resided throughout the last 11,000 years. The researchers provide definitive evidence that fully domesticated maize was indeed productive enough to be a staple crop in the local residents’ diets by at least 4,300 years ago.

“Staple grain crops (like maize, wheat, or barley) are associated with a complete commitment to agriculture, which provided the basis for the development of many complex societies around the world that started developing after about 5,000 years ago. So here, the critical question is not so much why maize was so important for Native American civilizations but rather when maize became so important.”

Thakar says it is certain that maize was domesticated long before it became a primary dietary staple. “Based on genetic studies, most researchers agree that maize evolved from the teosinte plant somewhere in the Balsas area of southwestern Mexico around 9,000 years ago.” However, the full evolutionary history of maize is still poorly known because archaeological sites with well-preserved ancient maize are incredibly rare. Only a handful of specimens that are more than 4,000 years old have ever been recovered, and most of these ancient cobs come from just five caves located in the arid Mexican highlands.

“Recent studies on very early maize cobs from the Tehuacan Valley in Mexico (dating to approximately 5,300 years ago) indicate that those plants were only partially domesticated.” The small size of these and other early Mexican cobs suggests that maize may have been initially used as a green vegetable or for stalk sugar to produce alcoholic beverages rather than a food grain. The ancient maize cobs that Thakar and her team studied from El Gigante (dating to approximately 4,300 years ago) are interesting because of how large maize gets once dispersed from its primary center of domestication. She states, “the cobs that we analyzed are bigger than those known from other areas of Mexico for the same time period.”

The team’s high-precision dating based on accelerator mass spectrometry – commonly called radiocarbon dating — combined with detailed analysis of a well-preserved and extensive plant assemblage from El Gigante rock shelter in the highlands of western Honduras, significantly expands the number of known ancient maize specimens and their geographic distribution. “This unique archaeological site provides an unparalleled opportunity to reconstruct the diversification process outside the heartland of maize domestication and to assess its transition into a staple crop in the New World,” Thakar notes.

“We believe that the domestication history of maize in Honduras is distinct from Mexico because Honduras is well outside the range of the wild plant (teosinte) that maize was domesticated from. In Mexico, hybridization and backcrossing between teosinte and maize could have slowed the domestication process.” Research on specimens from El Gigante reveals that ancient farmers contributed to significant post-domestication crop improvements and the development of many local maize varieties through selection for useful traits.

Further changes in cob size and architecture documented in the El Gigante assemblage appear contemporaneous with the widespread adoption of this important domesticate throughout Central America. These changes correspond with increased reliance on maize as a staple grain crop and the emergence of state-level societies between 3,500 and 1,000 years ago.

“Our project is actively investigating evolving food economies (11,000 to 1,500 years ago) associated with early management of native tree crops (like avocados) and the subsequent introduction of non-native field crops (such as maize, beans and squash) that shaped the tropical forests of Central America over millennia and supported the rise of classic Mayan society.”

The project was supported by the National Science Foundation. 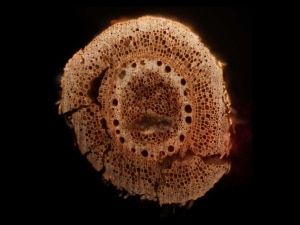 Getting to the root of corn domestication

UNIVERSITY PARK, Pa. — A unique confluence of archeology, molecular genetics and serendipity guided a collaboration of Mexican and Penn State researchers to a deeper understanding of how modern corn was domesticated from teosinte, a perennial grass native to Mexico and Central America, more than 5,000 years ago. There is much interest in how ancient agriculturists […]