Home / National / An efficient and low-cost approach to detecting food fraud
A new user experience is coming! We'll be asking you to login to your Morning Ag Clips account March 1st to access these new features.
We can't wait to share them with you! Read more here. 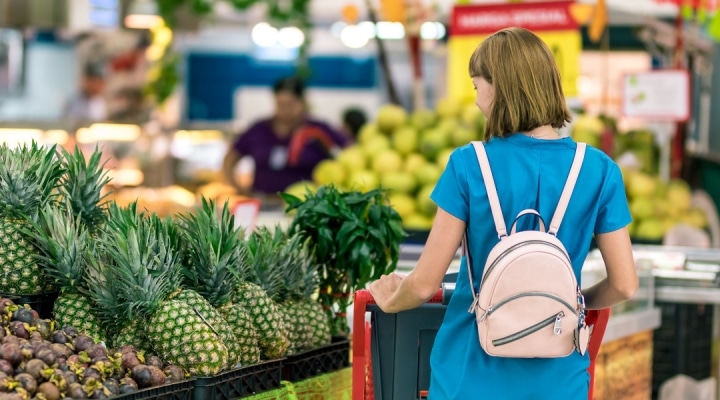 “With minor adjustments to the parameters, our model can be used to determine all plant products,” says Professor Ansgar Kahmen, who led the research project. This makes it possible to simplify and speed up conventional isotope analysis by accurately simulating the regions of origin of agricultural foodstuffs. (Public Domain)

BASEL, Switzerland — Fraudulent practices in food production, especially false claims of geographical origin, cause billions of dollars in economic damage every year. Botanists at the University of Basel have now developed a model that can be used to determine the origin of food in an efficient and low-cost manner.

Strawberries from Switzerland or olive oil from Italy can be sold at much higher prices than the same products from other countries. Both the authorities and the food industry spend a great deal of time fighting false declarations of geographical origin that are assumed to cause an estimated USD 30 million to 40 billion a year in economic damage.

One method for detecting food fraud is to determine the δ18O (delta-O-18) value of a product sample, which characterizes the oxygen isotope ratio. Until now, this procedure has been highly time consuming and costly. A case of suspected fraud involved not only collecting reference data from the claimed country of origin, but also comparative data from other regions to validate or disprove the product’s origin.

Basel botanist Dr. Florian Cueni has now developed a model in collaboration with Agroisolab GmbH, a company specializing in isotope analysis. This model is intended for use in simulating the oxygen isotope ratio in plants from individual regions, thereby eliminating the need for the time-consuming collection of reference data. The model is based on temperature, precipitation and humidity data and information about the growing season of a plant, all of which are available from publicly accessible databases.

Cueni tested and validated the model on a unique δ18O reference dataset for strawberries collected across Europe over 11 years. The case study has shown that the model can simulate the origin of the strawberries with a high degree of accuracy.

“With minor adjustments to the parameters, our model can be used to determine all plant products,” says Professor Ansgar Kahmen, who led the research project. This makes it possible to simplify and speed up conventional isotope analysis by accurately simulating the regions of origin of agricultural foodstuffs.

The model developed by the Basel botanists is of interest to food forensics officials or the investigating authorities when it comes to the origin of confiscated drugs, for example, as well as to private forensic institutes that inspect food or serve as expert witnesses in court. NGOs such as WWF or Greenpeace are also interested – especially with regard to determining the origin of illegally logged timber – as is the food industry, which suffers reputational damage due to the sale of products that may have been falsely declared.

–University of Basel
via EurekAlert!

Fewer in US turn to food banks, but millions still in need