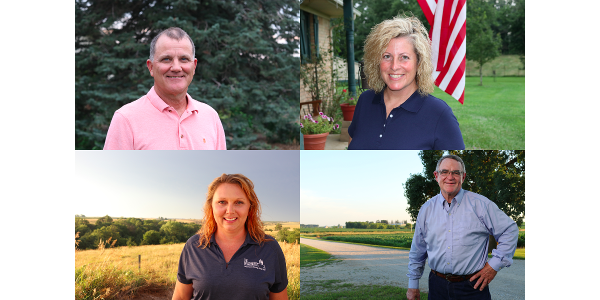 DES MOINES, Iowa — The National Pork Board has announced the four finalists who are vying to be named the 2017 America’s Pig Farmer of the YearSM. The program honors a U.S. pig farmer each year who excels at raising pigs using the We CareSM ethical principles and is committed to sharing his or her farming story with the American public.

“The four finalists represent the diversity of the pork industry in the United States,” said National Pork Board President Terry O’Neel, a pig farmer from Friend, Nebraska. “They exemplify the best in pig farming and in taking the lead on environmental sustainability, animal welfare and continuous improvement.”

The four finalists are meeting today with an expert panel of third-party judges in Chicago. The judges will view videos produced at the finalists’ farms and will interview each of them.

Through Sept. 8, the public can vote once a day per person per email address for their favorite finalist at www.americaspigfarmer.com. The winner will be announced Oct. 3 based on the judges’ scores and the online voting.

About the Finalists
Bill Luckey – Columbus, Nebraska
Farming and raising pigs has been a family tradition for Bill Luckey, who is a fourth-generation farmer. Luckey, along with his wife and three sons, market 10,000 pigs a year. They also raise cattle, corn and soybeans on their farm.

Maria Mauer – Greensburg, Indiana
Providing sows with a clean, comfortable environment is step No. 1 for Maria Mauer at Smiley Brothers, Inc., where they market 18,000 pigs a year from the farrow-to-finish farm. Mauer believes in the importance of teaching her six-year-old son life lessons by bringing him to the barn with her to care for the sows.

Leslie McCuiston – Columbus, Nebraska
Focusing on people is Leslie McCuiston’s main goal as a senior production manager for The Maschhoffs, LLC. McCuiston believes in equipping employees with the right tools to provide the best animal care every day. She oversees 70 employees who care for over 18,000 sows in central Nebraska.

Leon Sheets – Ionia, Iowa
Raising pigs has been a life-long passion for Leon Sheets, who started raising pigs with his grandfather when he was a young child. Sheets raises 33,000 pigs on his farm in northeast Iowa, where he focuses on animal care and environmental sustainability. With the help of his employees, son and wife, Sheets also raises corn, soybeans, hay and cover crops

About the Contest The National Pork Board created the America’s Pig Farmer of the Year program to recognize the best in pig farming. This honor is awarded annually to a pig farmer who demonstrates and lives by the We Care ethical principles. 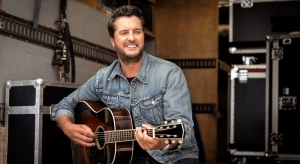 Luke Bryan goes back to his roots to support pig farmers

DES MOINES, Iowa — As part of its ongoing effort to dispel common misconceptions about modern pig farming, the National Pork Board is teaming up with country music superstar and five-time Entertainer of the Year winner, Luke Bryan. Drawing on his childhood upbringing on a Georgia farm, Bryan understands and appreciates the hard work more than 60,000 […]