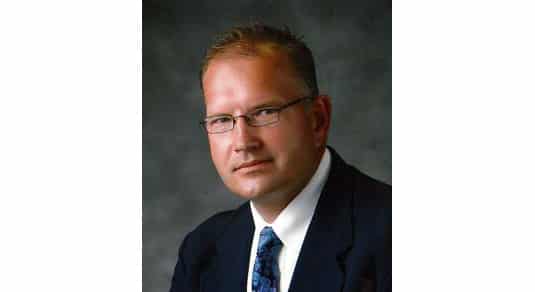 The American Simmental Association held their 54th Annual Meeting virtually, the first week of January 2022. During the Annual Meeting, Barry Wesner, Chalmers (pictured), Ind., was formally seated as Chairman of the Board, succeeding Randy Moody, New Market, Ala. (Courtesy Photo)

The Annual Meeting highlighted each committee’s minutes for the previous year, and reflected on the successes of 2021, including the continued growth of International Genetics Solutions, successful Progress Through Performance shows, the AJSA National Classic and Regional events, and the Association’s navigation of two challenging years due to COVID-19.

During the Annual Meeting, Barry Wesner, Chalmers, Ind., was formally seated as Chairman of the Board, succeeding Randy Moody, New Market, Ala.

Wesner owns and operates Wesner Livestock Enterprises (WLE), a seedstock operation consisting of Simmental, SimAngus, and Angus located in Chalmers, Ind., where he lives with his fiancée, Gini. The father of three adult children, Wesner still relies on their advice in daily decisions of the operation.

The team at WLE is proud of their accomplishments over the last 30-plus years, concentrating on producing performance-oriented cattle that can improve the bottom line for their customers. Wesner has served the Board in a number of ways, including on the Executive, Activities & Events, and Policies & Procedures Committees. He also chaired an ad hoc committee that reviewed and revised the PTP Show Guidelines. Wesner is the Chairman for the Junior Show at the Hoosier Beef Congress, and was inducted into the Indiana Livestock Breeders Hall of Fame in 2017.

Founded in 1968, the American Simmental Association is headquartered in Bozeman, MT. ASA is committed to leveraging technology, education, and collaboration to accelerate genetic profitability for the beef industry. In keeping with its commitment, ASA, along with its partners, formed International Genetic Solutions — the world’s largest genetic evaluation of beef cattle. Learn more at www.simmental.org.