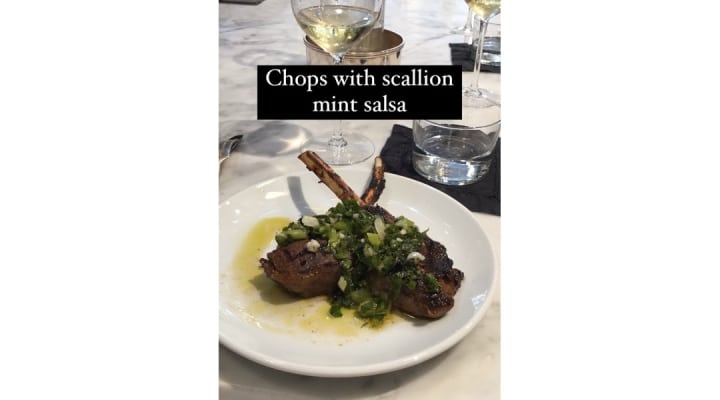 SAN FRANCISCO — Mention Nik Sharma to cooking enthusiasts and it’s likely the reactions you’ll attract attention. Perhaps it’s because of how he uses an extensive background in biochemistry to understand flavor. Or perhaps it’s just because his food is so delicious and unique.

The American Lamb Board (ALB) brought Sharma back to the San Francisco area for an exclusive cooking demonstration July 7th at 6pm.

Sharma demoed two lamb recipes, Lamb Kofta with Almond Gravy and Lamb Chops with Scallion Mint Salsa from his latest cookbook, The Flavor Equation. Both this and his first cookbook, Season, have been finalists for several accolades, including the James Beard Foundation.

“This event is one marketing tactic by the Lamb Board that is reaching consumers and food influencers most likely to purchase our product,” says ALB Chairman Peter Camino. “The reach of this one event will go well beyond just those who attend through use of social media and the power of word-of-mouth in the food community.”

Several years ago, Sharma moved from Bombay, India, to America to study molecular genetics.  Much to the vexation of his parents, he quit his career in science and transitioned into cooking. His blog, A Brown Table, became very successful and led to new opportunities in his career. Recently, he launched a new project, a rapidly growing weekly newsletter, “This Is a Cook-Letter.”

Sharma is a contributor to the New York Times and was the former food columnist for the San Francisco Chronicle. He has also written for Food and Wine Magazine, Taste and Saveur. His columns appear regularly in Serious Eats, a website with more than 7 million visitors a month, The Guardian Feast and the Food52 website, which reaches more than 25 million people monthly.

ALB is an industry-funded national research, promotion and information checkoff program that works on behalf of all American producers, feeders, seedstock producers, direct marketers and processors to build awareness and demand for American Lamb. ALB conducts promotion and research programs with the goal of creating greater demand and profitability for the entire industry. One of its long-term goals is to collaborate and communicate with industry partners and stakeholders to expand efforts to grow, promote, improve and support American Lamb.