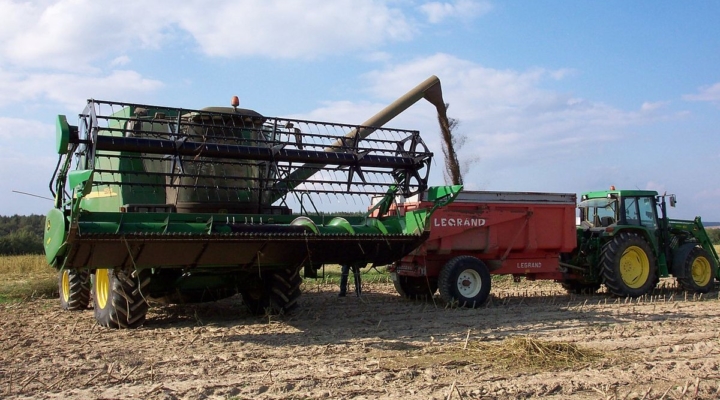 Hemp is an agricultural commodity with a wide variety of uses, and the Hemp Business Journal estimates at least $820 million in hemp products were sold in the U.S. in 2017. That number is expected to reach $1.9 billion by 2022. (Hg marigny, WikiMedia Commons; CC BY-SA 3.0)

WASHINGTON — The nation’s leading grassroots hemp advocacy organization, Vote Hemp, is teaming up with craft brewer New Belgium Brewing and GCH, the company behind Willie Nelson’s cannabis brands, to form the American Hemp Campaign. The effort, which is aimed at promoting the benefits of allowing commercial hemp production in the United States, launched on the Fourth of July.

The American Hemp Campaign will work to build support for changing laws to allow commercial hemp farming. Hemp production is still heavily restricted in the U.S., despite recent policy advancements at the state and federal levels. According to a Congressional Research Service report released last month, “[T]he U.S. market is largely dependent on imports, both as finished hemp-containing products and as ingredients for use in further processing (mostly from Canada and China).”

“Since the first time we met, and each time we talk, Willie is outspoken about the importance of industrial hemp to help farmers, the environment and society as a whole,” said Andrew Davison, CEO of GCH. “We’re an American cannabis company, working to build his vision across all sectors of cannabis. We want to see hemp agriculture flourish in the U.S. again.”

The campaign will focus on educating lawmakers, opinion leaders, and the public about the economic benefits of domestic hemp production. Hemp is an agricultural commodity with a wide variety of uses, and the Hemp Business Journal estimates at least $820 million in hemp products were sold in the U.S. in 2017. That number is expected to reach $1.9 billion by 2022. Forcing American businesses to import hemp denies a highly profitable crop to U.S. farmers and countless agricultural and manufacturing jobs to U.S. workers.

“At New Belgium we launched a hemp-based beer, The Hemperor HPA, this spring and the regulatory hurdles to get to market just seemed outrageously outdated and onerous,” said New Belgium CEO Steve Fechheimer. “Beer is an agricultural product and we see hemp as a potentially game-changing ingredient in brewing, so we are proud to take a stand along with Willie and the Vote Hemp folks to get these laws updated to benefit beer drinkers and farmers across the country.”

The American Hemp Campaign is a coalition-based effort, and Vote Hemp, GCH, and New Belgium will be seeking the involvement of other organizations and companies who are interested in seeing a vibrant U.S. hemp industry. They have retained VS Strategies, a public affairs firm whose principals have collectively spent decades enacting and shaping cannabis-related policies and influencing public opinion. They will also receive assistance from Vicente Sederberg LLC, a national leader on hemp law and policy.

“Vote Hemp has been working for many years to bring back hemp farming in America,” said Eric Steenstra, president and co-founder of Vote Hemp. “We are excited to partner with New Belgium and GCH to raise awareness about the economic benefits of allowing commercial hemp farming in the United States. Lifting our nation’s outdated restrictions on domestic hemp production will fuel job creation across several business sectors and provide family farmers with a valuable new crop.”