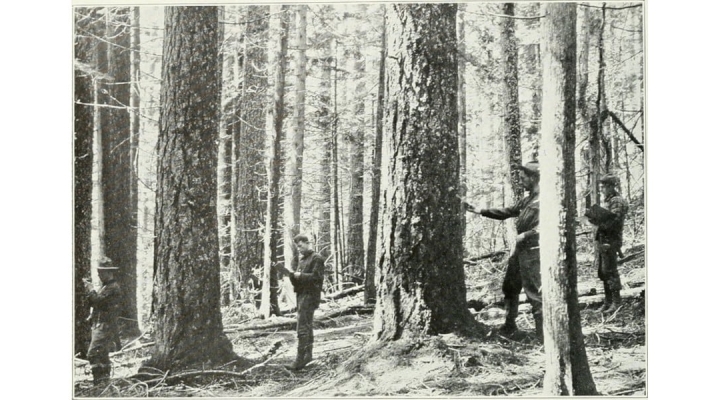 GREENWICH, N.Y. — While it may not be the first field that comes to mind when thinking of agriculture, forestry is an important category of American agriculture. The United States contains 706 million acres of forested land which is about one-third of the nation’s land area. Managing these acres is beneficial for agriculture, wildlife, the environment, recreation, and many other areas. However, forestry is a somewhat recent development in U.S. agricultural history.

America’s early landscape was heavily and densely forested. Native American peoples did some clearing for farmland and intentional burnings to create better habitat for types of wildlife. When European settlers began arriving in the 17th century, they were awed by the seemingly endless tracts of forest that existed in the “New World.” As more settlers arrived more areas of land, predominantly on the east coast, were cleared to make room for farming and for wood for homes, tools, fuel, and many other products.1

There was a prevailing notion during this time that forests were an inexhaustible resource, so forests were cleared without regard for the effects on the land and other natural resources. Even as eastern forests were exhausted, westward expansion provided more forested areas to use. This belief was prevalent from colonial times until the late 19th century. After the Civil War, loggers, miners, and railroads were exploiting the land in their quest to make a living.2

However, forests were not an inexhaustible resource and concern over care of the forests began in the 1860s. The effects of years of deforestation could be seen and felt in many areas. Influential writings such as the works of Henry David Thoreau and George Perkins Marsh’s Man and Nature brought awareness to this issue.3 In the 1870s studies on American forests began and in 1881 a Forestry Division within the Department of Agriculture was temporarily established.

Out of debate over land frauds related to various homesteading laws Congress passed the Forest Reserve Act in 1891. The act enabled the President to set aside forested lands as public reservations. President Benjamin Harrison set aside Yellowstone Park Timberland Reservation as the first reserve and by the end of his presidency had created 15 reserves.4 The following President, Grover Cleveland, continued the practice and eventually 40 million acres were reserved under the Act.

With forestland being reserved the question of managing it became an issue. In 1897 what came to be known as the Organic Act was passed, which established a set of criteria for forest protection, watershed protection, and timber production, creating a framework on how to manage these new reserves.5

America’s first forester is considered to be Gifford Pinchot. Pinchot was trained as a forester in Europe where the practice was more common at the time. Upon returning, Pinchot was hired to manage the forests on George Vanderbilt’s Biltmore Estate in Asheville, North Carolina. It was the United State’s first professionally managed forest. He was later hired by the government to lead the Division of Forestry.6 In 1905 management of forest reserves was transferred from the Department of the Interior to the Department of Agriculture and the U.S. Forest Service was officially formed with Pinchot at the lead.

Much of the Forest Service’s early years involved developing practical field forestry. Forest rangers were directed from Washington, D.C. and their duties included mapping of national forests, providing trail access, administering sheep and cattle permits, fighting wildfires, and protecting forests from poachers, timber and grazing trespass, and other exploiters.7 The number of professional foresters remained low, but interest was growing due in part to the formation of forestry schools such as the Biltmore Forest School, the New York State College of Forestry at Cornell University, and the Yale School of Forestry.8 State and consulting forestry also began to take root during this time. Forest Service rangers would often work with local foresters on projects.

The late 1910s-1940s saw rapid advancement in forestry. The United States’ involvement in World War I created a greater demand for timber. During WWI timber was needed for wood for trenches, railroad ties, ships, and airplanes. Army troopers were dispatched to the Northwest to cut timber for these needs. With more activity, extensive communication systems were installed to connect various lookouts and ranger stations.9

The 1920s saw an increase in forest research aiding in the care of forests. A focus on the recreational value of forests developed during this time too. With more people owning automobiles and having the ability to travel farther, resorts and lodges opened in public and private forests as vacation spots.10 Industrial forestry also took hold during this time as paper companies and other wood products companies employed foresters to help guide them in their cuts and use of forests.11

The economic hardship caused by the Great Depression in the 1930s led to the formation of the Civilian Conservation Corps (CCC), a New Deal program that sought to revive interest in conservation and put young men to work. The CCC set up camps in national forests where enrollees would perform all kinds of conservation projects. CCC’s planted trees, fought forest fires, built and repaired trails, campgrounds, truck roads, ranger stations, lookouts, performed insect control, and many more projects. The program lasted from 1933-1942 and it had a lasting impact on American woodlands, some of which can still be seen today.12

World War II saw another increase in the need for forest products for military and infrastructure use. The war years also saw more research to determine different uses of forest plants, for instance one project that sought to create a rubber substitute from a plant native to the American Southwest.13 Forest use remained high after the war, mainly to meet the building needs for the growing suburbs and other building projects that soldiers returning from war were undertaking. These post-war years saw technological developments in tree cutting machinery and is often referred to as the “hard hat era” of U.S. forestry.14 Forestry training increased during this time to keep up with the greater demand of day.

Throughout 1960s and 1970s concerns over care of the environment grew amongst the general public and forestry adapted to these concerns. Several laws like the National Environmental Policy Act of 1969 and the Endangered Species Act in 1973 set environmental standards that U.S. foresters helped implement in forests large and small.15

Forestry continues to play an important role today. Whether in a national forest or on a landowner’s small woodland, foresters of all kinds help manage the nation’s woodlands and meet the environmental challenges facing America’s landscape. 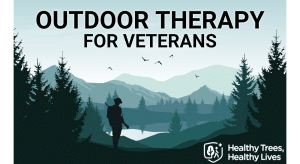 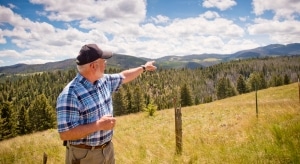