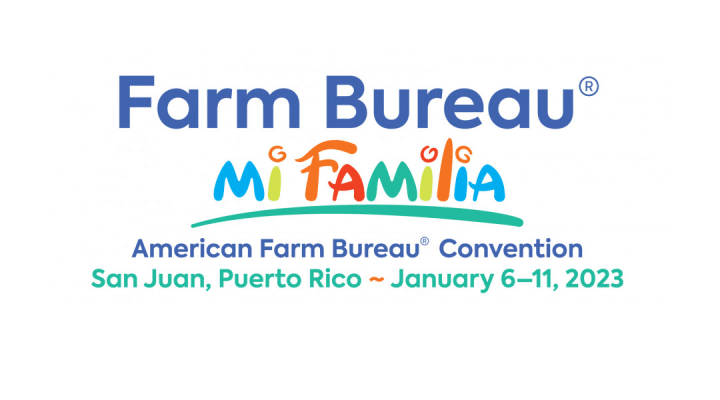 AFBF President Zippy Duvall inspired and motivated convention attendees with an optimistic keynote address, where he discussed the organization’s successes in the previous year, including grassroots advocacy efforts to send more than 38,000 messages to lawmakers and regulatory agencies.

“We have a mighty force of Farm Bureau advocates. When we combine these advocates with our team of expert lobbyists, we are a force to be reckoned with,” Duvall said.

Duvall also shared the exciting announcement that AFBF agreed on a memorandum of understanding with John Deere that ensures farmers’ and ranchers’ right to repair their own farm equipment. The MOU is the culmination of several years of discussions between AFBF and John Deere.

The agreement, which was signed during the opening press conference, formalizes farmers’ access to diagnostic and repair codes, as well as manuals (operator, parts, service) and product guides. It also ensures farmers will be able to purchase diagnostic tools directly from John Deere and receive assistance from the manufacturer when ordering parts and products. More information on the MOU is available here.

During the mid general session, renowned artist, songwriter and humanitarian Big Kenny Alphin spoke about his efforts to end hunger, and President Duvall signed a memorandum of understanding with Agriculture Future of America. The agreement launches a collaborative effort between AFBF and AFA to drive engagement among their constituents and further the missions of both organizations.

A Kansas Border Collie named Tough was dubbed the 2023 Farm Dog of the Year, and “I LOVE Strawberries” by Shannon Anderson was announced as the Foundation for Agriculture’s 2023 Book of the Year.

Workshop topics included insights into helping farmers and ranchers cope with stress and anxiety, ways to engage Generation Z, also known as “the change makers,” and outlook for the 2023 farm bill. The AFBF Public Policy team also participated in two sessions on the topics likely to emerge as the 118th Congress gets underway.

During the workshop focused on mental health, panelist Anne Montgomery, assistant professor of community medicine at Mercer University School of Medicine, talked about the various ways farmers cope with stress, such as exercising, talking to family and friends and spending time on hobbies, and how farmers’ coping mechanisms vary based on demographics and whether they’re a first generation or multigeneration farmer. Also on the panel were Georgia farmer Matt Berry and his wife, Alicia, who shared how she supports Matt just by listening and taking very seriously her role as sounding board for things weighing on him, big and small.

Nearly half of Generation Z adults spend more than three hours a day on social media, and they’re using apps to help shape their views of food, sustainability and culture. Panelists in the “Engaging Gen Z – The ‘Change Makers’” workshop learned how to foster relationships with a group of consumers which represents more than $143 billion in purchasing power. Attendees were encouraged to take an interest in the Gen Z perspective and find opportunities to share stories from agriculture.

On the Cultivation Center Stage, ag influencers Tara Vander Dussen and Natalie Kovarik urged farmers and ranchers to keep it simple when they’re sharing what they love about agriculture on social media. If you’re showing people what you’re passionate about and focusing on providing value to your followers, you’re on the right track, Vander Dussen and Kovarik explained.

“I put my time and energy into great content, rather than focusing on algorithms,” Vander Dussen said.

Additional workshop recordings are available on the virtual convention platform.

Monday’s hallmark events include the closing general session featuring remarks from Secretary of Agriculture Tom Vilsack and Bert Jacobs, co-founder of the Life is Good® brand. YF&R award winners will also be announced as well as the 2023 Ag Innovation Challenge winner, runner-up and People’s Choice Award.

A full program of engaging workshops will be offered. Among them, AFBF economists will discuss the 2023 outlook for U.S. crop and livestock production, how the current political landscape could affect farm policy and the many factors that will influence U.S. farm profitability in the coming year. 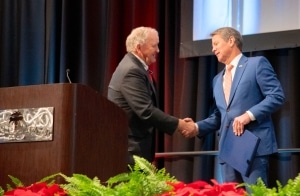 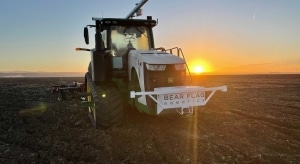