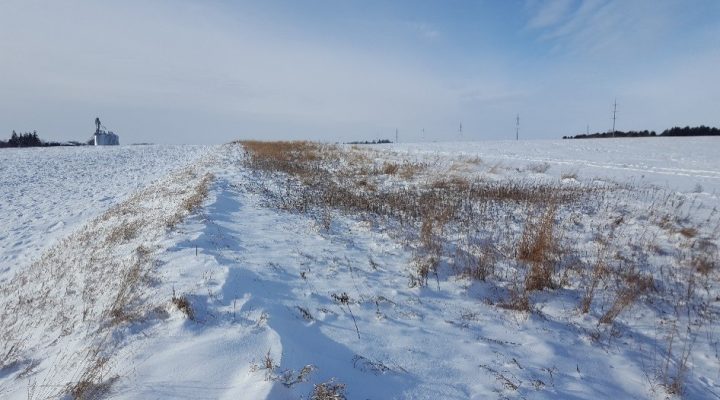 MANKATO, Minn. — Since its implementation in 2016, the “buffer law” has generated wide-spread discussions on how landowners can achieve compliance with the legislation. In the soybean growing areas of Minnesota, many landowners and local Soil and Water Conservation District (SWCD) staff have been wrestling with how to approve alternative practices under this law. The law gives landowners the option to install a 50-foot buffer (16.5 feet on some watercourses) or alternative practices that provide similar water quality treatment for the regulated watercourse.

The Minnesota Soybean Research and Promotion Council (MSR&PC), with the help of Houston Engineering Inc. (HEI), has developed a framework that can be used to see if landowners are or can become compliant with the buffer law while using alternative practices. To prove the framework is a viable option, MSR&PC needed a farm leader willing to work with their SWCD and use the framework to get alternative practices approved. The Gebhardt brothers of Waltham in Mower County were more than happy to tell their conservation story of being buffer law compliant.

Jim and his brothers, Mike and Bob, grow corn and soybeans and are members of both the Soybean Growers and Corn Growers Associations. It just so happens that one of their parcels made it on the Minnesota Department of Natural Resources (DNR) buffer map. This very same parcel earned their dad, Bill, the Conservation Farmer of the Year Award from the Mower SWCD in 1985, due to the number of conservation practices that were implemented and that are still in place and functioning properly 31 years later.

Jim was very interested in working with the Mower SWCD to show how landowners can be compliant with the Buffer Law while using conservation practices that fit the way they farm and provide significant water quality benefits. HEI teamed up with the Mower SWCD to complete a technical analysis of the water quality benefits of the Gebhardt’s existing conservation efforts compared to what the 50-foot buffer would provide using the alternatives framework developed by MSR&PC. The results showed that Gebhardt’s practices were providing over three times more sediment reduction to public water than a 50-foot buffer. This is without considering the conservation tillage system the Gebhardt’s have been using for many years on this property. In addition, Gebhardt’s 15-foot minimum width buffer, over 250 feet wide in some areas, is providing adequate stream bank stability and treatment of runoff reaching the public water, while complying with the policies laid out by the Minnesota Board of Water and Soil Resources.

In addition to addressing water quality concerns, they are achieving water detention benefits as a result of upland storage provided by the basins that help downstream flooding and “altered hydrology” issues. The analysis indicated that the basins could hold 2.5 acre-feet (over 800,000 gallons) of water.

The Gebhardts’s story shows how alternative practices under the buffer law hold the potential to provide win-win opportunities for landowners and Minnesota’s water quality concerns.