Home / National / Alliance to pursue expanded use of U.S. biofuels 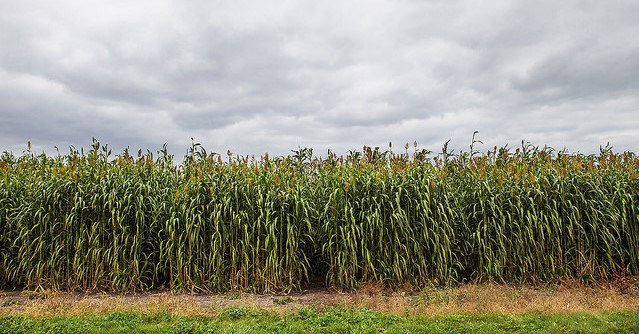 The National Farmers Union, Farmers Union Enterprises and the Urban Air Initiative announced they have formed a strategic alliance to expand the use of American-grown biofuels. (PETROSS, TERRA-MEPP & WEST, Flickr/Creative Commons)

WASHINGTON — In an effort to expand the market for domestic agriculture products, reduce harmful emissions, and provide consumers with lower cost fuel choices, National Farmers Union, Farmers Union Enterprises and the Urban Air Initiative announced they have formed a strategic alliance to expand the use of American-grown biofuels.

The three groups intend to pursue a broad spectrum of advocacy and advertising activities in furtherance of social, regulatory and legislative solutions to current barriers that limit the amount of biofuels used in the nation’s transportation sector.

Roger Johnson, president of the nearly 200,000 family farmer- and rancher-led National Farmers Union, hailed the alliance as a “timely and powerful marriage of urban and rural priorities.” “Protecting the public health and welfare—and at the same time improving the rural economy and benefiting family farmers, is a win-win for America.”

Farmers Union Enterprises President Doug Sombke said there is an unprecedented opportunity at hand with the recent U.S. Environmental Protection Agency (EPA) and Department of Transportation (DOT/NHTSA) proposed rule requesting input on whether and how U.S. regulatory policy should require higher quality, cleaner burning fuels such as E30. Automakers have said they need these fuels to power next-generation higher compression engines, resulting in improved fuel efficiency, a reduction in  carbon and other harmful emissions, and significant cost savings for consumers at the pump.

FUE’s Sombke added that “at the end of the day, this is about putting America first and making sure that unaccountable regulators are not allowed to create an artificial monopoly for oil interests that harm consumers, the environment, and exacerbate our trade deficit.”

Increased food insecurity in the Sahel