Home / National / All too quiet on the fake-dairy front
A new user experience is coming! We'll be asking you to login to your Morning Ag Clips account March 1st to access these new features.
We can't wait to share them with you! Read more here. 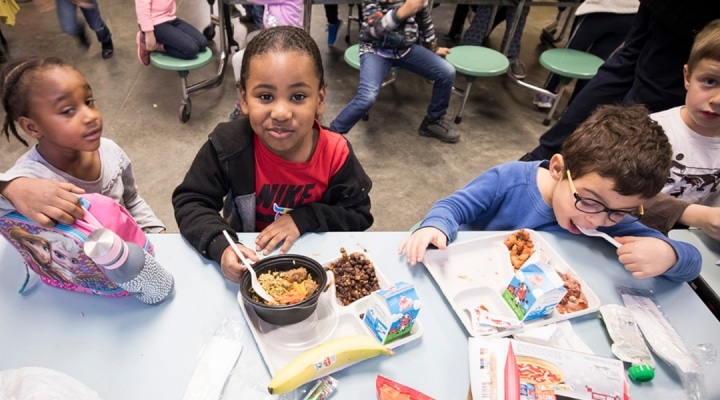 FDA is saying it will offer guidance on the labeling of plant-based milk alternatives by June. But indications of what that may actually mean are sparse. (Photo: NMPF)

WASHINGTON — The news has been quiet on the fake-dairy front. Too quiet.

To update on the latest from FDA, which regulates food-product labeling: FDA is saying it will offer guidance on the labeling of plant-based milk alternatives by June. But indications of what that may actually mean are sparse, even though the agency’s own course of action – should they choose to follow their own rules — is clear.

A new rule on yogurt labels put into effect in July is a helpful, and hopeful, sign. The rule robustly defends standards of identity that ensure consumers purchase products that meet their expectations. As dairy farmers, and consumers, have always maintained, how a food is made, and where it comes from, matters. FDA’s recognition of that is a big win for labeling integrity, one we’re hoping is reflected in next year’s guidance.

But beyond that, nada from an agency that hasn’t inspired confidence via its 40 years of neglect on this issue. The quiet isn’t just unusual, it appears to be willful. In the past year, we at the National Milk Producers Federation have sent two letters – one last October, and another last month, to the FDA’s ombudsman, the office within the agency that members of FDA-regulated industries go to when they experience problems with the regulatory process.

Other than an acknowledgement of receipt of the first letter, again, nothing. And that’s strange, because, as we note in our second letter, if the FDA uses its guidance next June to do anything other than defend its own standards:

We caution FDA that rewriting an existing rule with guidance would be a violation of the Administrative Procedures Act (APA). The APA requires regulatory changes to be made using notice and comment rulemaking which a guidance cannot overrule. In addition, some federal courts are no longer bowing to an agency’s use of enforcement discretion when such discretion is broad and long-term and amounts to a de-facto re-write of existing rules.

And that makes us wonder what FDA is worried about. With food-labeling litigation becoming ever-more sophisticated and time-consuming, the temptation for a federal agency to simply throw up its hands on a hot-button issue would be high. We also know the lack of a new commissioner can slow down decision-making. And it’s not as if the agency isn’t trying to catch up on other pressing matters.

But that’s not serving the interest of the consuming public, which FDA is charged to do. And this issue isn’t a heavy lift – once again, as the FDA states, “Milk is the lacteal secretion, practically free from colostrum, obtained by the complete milking of one or more healthy cows.” That’s the standard. Full stop.

And without that respect for standards – the same respect showed in the yogurt rule – and the courage requred to enforce them, a Wild West approach to labeling predominates. And the problem of consumers being misled into incorrect notions of nutritional equivalence by bad-faith labeling – one that’s literally contributed to child malnutrition — only worsens.

We’re hoping to hear back soon.