Home » All Kansans, not just farmers, affected by NAFTA 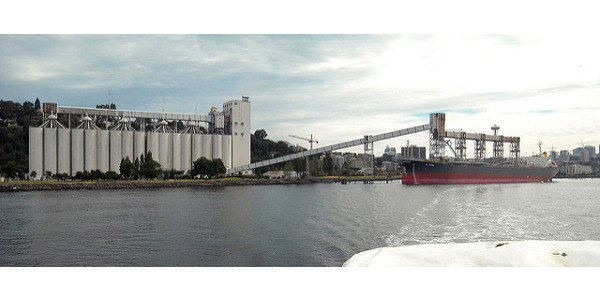 MANHATTAN, Kan. — Every year as my family sits down to eat Thanksgiving dinner, we all think about why we are thankful. We are thankful for our health, our home, our family, and we are thankful for the abundant food supply grown by our nation’s farmers. In fact, the United States is so good at producing food that a large portion of it is sold beyond our borders. As a Kansas wheat farmer, I am proud that we produce food to feed the world, but lately the rhetoric about trade coming out of Washington has me concerned.

Someday soon we may lose our ability to sell the food grown on our farm to consumers around the globe. If this happens all Kansans would be affected, not just our family farmers. Whether you work in an office building or you drive a tractor, agriculture — and the ag economy — affects you.

According to a recent study conducted by members of the U.S. food and agriculture industries, agriculture directly employs over 70,000 Kansans and has a direct economic impact of almost $20 billion. The Kansas Department of Agriculture estimates that the agriculture industry accounts for over 44% of the Kansas economy.

In order for agriculture, and Kansas, to grow and flourish, international trade must also grow and flourish. The value of all Kansas ag exports totals at $3.7 billion, and a large majority of that value comes from our North American neighbors. This is why we should all be concerned about the rhetoric surrounding NAFTA, or the North American Free Trade Agreement.

Just how important is NAFTA to Kansas? Of all the countries that Kansas companies ship their products to, Mexico is our largest customer, followed closely by Canada. Combined, these two countries make up 36% of all the international business done by Kansas companies. This is no accident; the United States enjoys unfettered access to Mexican and Canadian consumers, which in turn has been a boon for the Kansas economy.

In terms of overall impact, agriculture represents seven of the top 10 exported products from our state. This includes wheat, which is the second most valuable international export from Kansas, trailing only airplanes. Prior to NAFTA, Mexico imported an average of 11.5 million bushels of wheat from the United States. After NAFTA, that number has increased nearly tenfold to a whopping 110.2 million bushels, or 4.6 billion loaves of bread. In 2016, almost 30 million bushels of wheat went by shuttle train straight from the Kansas countryside across the border into Mexico.

Mexico is a fiercely competitive market, and we are beginning to see our market share erode in front of our eyes. Just last month, Mexico announced it will begin buying wheat from Argentina, all because of the uncertainty surrounding NAFTA. The state of Kansas, and our economy, cannot afford to lose this business.

We need to make sure that Washington knows how important trade, and NAFTA, is to our state. Whether you are an accountant in Overland Park, an engineer in Wichita, or a farmer in Chapman, the health of the ag economy affects us all.